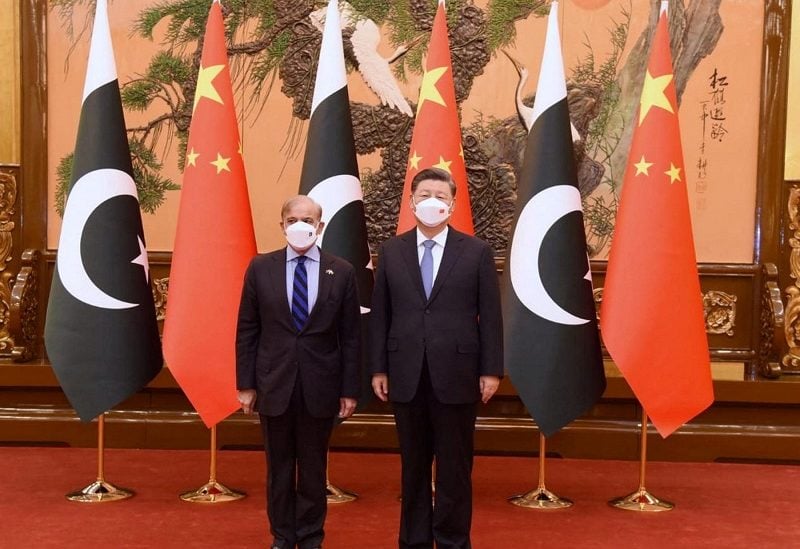 Islamabad’s economic crisis and the need to boost projects under the China–Pakistan, were the focus of the talks between Chinese President Xi Jinping and Pakistani Prime Minister Shehbaz Sharif, according to the state media.
This is Sharif’s first official visit to China after taking charge earlier this year, and so is the case of Xi after recently concluding its twice-a-decade party congress where he was elected unopposed for third-term.
Both leaders met at the People’s Great Hall of China and discussed moving forward more with the construction of their economic corridor and accelerating the construction of infrastructure for the Gwadar Sea Port, state media reported.
Their conversation ranged on broad-based economic cooperation and investment, besides exchanging views on regional and global developments
Shehbaz and Xi also discussed the need to further promote the ‘all-weather strategic cooperation partnership’ between the two nations.
According to Pakistani media, Sharif, who is on a two-day visit to China, was welcomed with a red carpet and a guard of honour by the Chinese forces.
Notably, ahead of his visit, Sharif hurriedly cleared $12 billion worth of three major projects were cleared under the CPEC, reports Dawn newspaper.
CPEC is the flagship project of China’s Belt and Road Initiative (BRI)—a pet project of Xi—which is a collection of infrastructure projects that are under construction throughout Pakistan beginning in 2013.
Originally valued at $47 billion, the value of CPEC projects is worth $62 billion as of 2020.
India has repeatedly registered its protests over CPEC, saying that it is in violation of its sovereignty as it passes through Pakistan-occupied Kashmir.