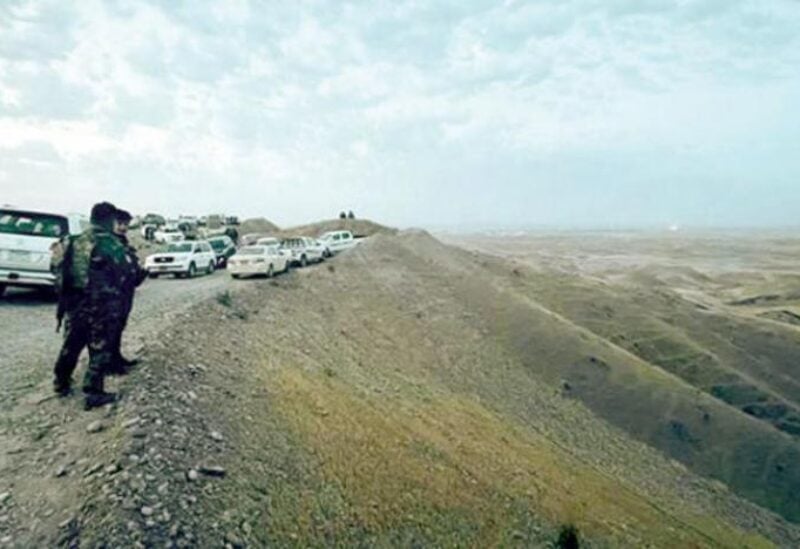 There was no immediate claim of responsibility for the attacks, but they are in line with the modus operandi of the ISIS group, which still has sleeper cells in Iraq despite its territorial defeat in 2017.

One attack targeted troops in Tarmiya, an agricultural suburb 20 kilometers (12 miles) north of the Iraqi capital.

Reinforcements were dispatched to the area but also came under fire, with “an officer and two soldiers” killed, the source said.

A member of tribal fighters integrated into the regular forces that were then deployed to the scene was also killed, “along with a civilian caught in the crossfire”, the source added.

Alton Kubre is a disputed area claimed by both the federal government in Baghdad and the autonomous Kurdistan authorities.

He urged the Iraqi parliament and federal government, as well as the coalition, to speed up efforts to establish a joint force comprised of the Peshmerga and Iraqi military to address the security in the disputes regions to prevent ISIS from undermining the situation.

The group, he warned, is a threat to Kurdistan, Iraq, the region and whole world.

“An officer and a soldier were killed in a bomb explosion while an army convoy was en route to Akashat,” he said.

A soldier was also killed in a bomb blast in Diyala province, which borders Baghdad to the east, according to another official, who added that two other fighters were also wounded in a separate attack.

Iraq in late 2017 declared victory over ISIS, which had overrun swathes of the country and neighboring Syria three years earlier.

However, sleeper cells holed up in mountains and deserts continue to carry out deadly attacks across the country, often at night in remote areas and with light weapons.

Following the latest attacks, Iraqi President Barham Salih called in a tweet for continued “effective international support to eradicate terror across the region”.

The US-led military coalition has been in Iraq since 2014 to help fight ISIS but a vote in parliament last year called for the departure of all foreign troops from the country.

Bakhtiyar Mohammed Sadiq, senior aide at the Peshmerga Ministry, told Asharq Al-Awsat that the attacks are a “dangerous precedent.”

They prove that ISIS was here to stay and capable of carrying out sophisticated attacks, seeing as it attacked Iraqi and Peshmerga forces in one blow, he warned.

They also demonstrate the poor security coordination between the Peshmerga and the federal security forces, he added.

The main reason such attacks persist is the lack of understanding between the leaders of these forces, he remarked, noting instead that tensions exist between them “that at times reach the point of hostility.”