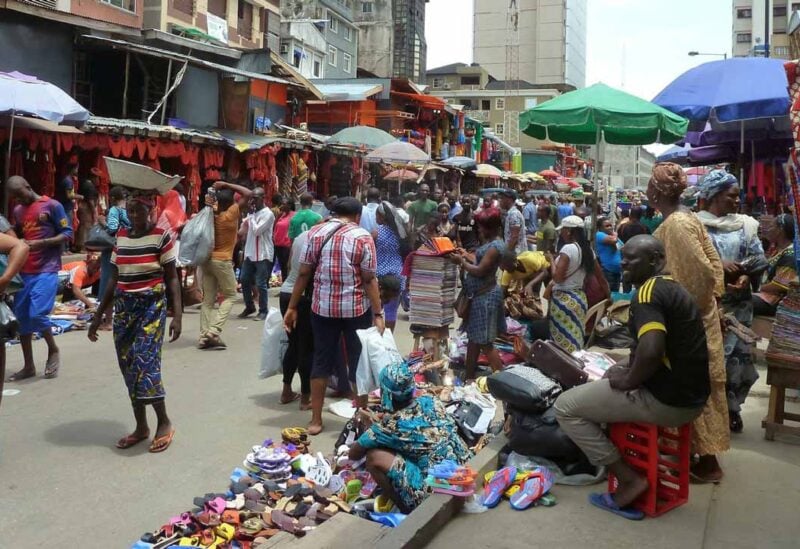 The Consumer Price Index (CPI) for July 2022 was announced yesterday in Abuja by Prince Semiu Adeniran, Statistician-General of the Federation and Chief Executive Officer, National Bureau of Statistics (NBS).

Though experts insist the economy may still be going through the time lag required before the effect of monetary tightening measures is felt in decelerating inflation, others warned that the supply side factors driving inflation are still active, hence the future could be scarier.

Last month, the Monetary Policy Committee (MPC) increased the bench interest rate by 100 basis points to 14 per cent, the highest in recent memory. It had previously broken a two and half-year jinx by increasing the MPR with the same magnitude to rein in inflation. Still, the inflation rate continues to accelerate.

The last time the country witnessed or exceeded a 19 per cent headline inflation was 2005 when the figure spiked from a single digit in January of same year to a peak of 28.2 per cent in August.

In 2008, 2010, 2017 and last year, there were elevated inflation rates. But last month was the first time the country would record above 19 per cent year-on-year (YoY) change in the inflation level since 2005.

July YoY inflation was 2.26 percentage points higher than 17.38 per cent price change recorded exactly a year earlier. It was also over 100 basis points above June’s inflation, which was 18.6 per cent.

The inflation rate is higher than what some economists projected for the month.

Despite the start of the food harvest period, the food segment was not slowing down, as it spiraled to 22.03 per cent YoY as against 21.03 per cent a year earlier. Month-on-month inflation was 2.04 per cent.

As usual, there was a remarkable gap between food and core inflation, which was 16.26 per cent YoY. The difference between the two segments is almost six percentage points, underpinning the contribution of food to the country’s worrisome inflation growth.

Adeniran said the increase was caused by a surge in food index attributed to the disruption in the supply of food products. The statistician-general also said the increase in inflation was fueled by an increase in the cost of transportation arising from the higher cost of energy.

According to him, increase in import costs as a result of currency depreciation, as well as a general increase in the cost of production were also push factors.

Experts are not taken by surprise but warned that inflation would remain elevated as long as the factors driving fast-rising prices are not addressed.

They listed the factors to include high cost of production, costly diesel price, depreciation of the naira, high-interest rates among others.

Commenting on the development, a professor of economics at Olabisi Onabanjo University, Prof Sheriffdeen Tella, said the factors are still very much in place in addition to the spate of insecurity affecting food production and manufacturing.

According to the professor, the implications are that consumers will start readjusting their consumption patterns, which will take its toll on aggregate demand and other economic activities.

“Producers will adjust production downward and lay off some workers – an invitation to recession,” he said.

He wondered why the country has not started tackling the challenges since they are known to everybody.

“Sometimes, we ask if they need foreign exchange to produce garri and vegetables, forgetting that those producing such items also buy manufactured goods at high prices. They, therefore, need to adjust their prices to survive the rising cost of living,” he said.

Corroborating Tella’s position, Prof. Uche Uwaleke, an expert in the capital market, said inflation expectations would continue to grow as long as the cost of petroleum products, electricity, exchange rate and insecurity continue to rise.

In his view, the outcome buttresses the argument that the monetary approach to tackling cost-push inflation does not lie in a hike in MPR.

“Recall that the MPC, in its meeting last month, increased the MPR by 100 basis points to tame inflationary pressure. Rising government deficits and borrowing tend to compound the problem.

“I think the increase in core inflation has a lot to do with the recent scarcity of forex and associated volatility in exchange rates. I also think the gap between the high inflation rate recorded in Kwara State, where food inflation was highest, and Kaduna State, where it was the lowest, is partly the result of high transport costs,” Uwaleke said.

He explained that in the light of the country’s current situation, the most effective way to tackle inflation is for the government to find a lasting solution to the seemingly intractable problems of fuel imports and insecurity, while the Central Bank of Nigeria (CBN) deploys more of its development finance function in a targeted fashion.

He added: “Because of the elevated inflation rate, I advise the government to postpone the implementation of the Telecoms and Beverage tax till the inflationary pressure is significantly subdued.”

The acceleration of core inflation by 1.8 per cent is an indicator of too much cash supply occasioned by unregulated ways and means (W&M) lending as well as a drop in the value of the naira, Kelvin Emmanuel, Chief Executive Officer, Dairy Hills Limited, noted.

He pointed out that a minimum of 70 per cent of imports used in production across 44 sectors are sourced from other countries while an increase in diesel prices by about 45 per cent over the last six months has made the cost of haulage go up. That has, in turn, affected prices of goods transported across the country in the weighted basket for food inflation, he said.

According to him, it is important for the board of CBN to rein in the N19.7 trillion W&M loan to the Federal Government, an amount far above the five per cent of real GDP of the previous accounting year as advised by the CBN Act.

He also said the government needs to focus efforts on its backward integration programme to ensure that Nigeria reduces its import bill and improves its fiscal position.

“One key area that will ensure a quick win is making sure that the Dangote Refinery can solve 80 per cent of the petroleum product imports immediately it comes on stream to conserve about $14.95 billion Nigeria spends importing petroleum products yearly.

“The second area is food that takes $12 billion or 18.4 per cent of our total imports of $65 billion. Government needs to realise that the key to equalising trade deficits and reducing the pressure on the naira is not necessarily increasing the number of exports, but rather raising the quality as a means to improve earnings on foreign exchange,” he said.

Nigeria may be headed for economic catastrophe if nothing is done to check the food crisis, some stakeholders have warned.

President, Association of National Accountants of Nigeria (ANAN), Prof. Ben Osisoma, said there is need for the active intervention of CBN to stabilise the naira. He said in a situation where the local currency is falling consistently against other currencies, there is no way inflation would not be high.

“I am aware that part of the cause of this inflation is the crisis in Ukraine, which has affected the global economy. But we, as a people, have our problems, our infrastructure is very weak. Do you know how much people spend monthly to generate their power, assuming we have a steady power supply, that money would have been plowed into other areas. Let us fix our infrastructure and encourage local production, otherwise, prices will keep rising,” he said.

National President Association of Senior Civil Servants of Nigeria, Tommy Okon, said civil servants are most hit by the rising inflation, because their salaries are fixed. He said the purchasing power has become so weak that most families can hardly buy a loaf of bread.

He warned that it is situations like this that lead to a breakdown of law and order and called for urgent action from the authorities.

On her part, Director General, Abuja Chamber of Commerce and Industry (ACCI), Victoria Akai, called on government to streamline the tax system if it hopes to contain the spiraling inflation.

Akai said though the rising inflation is connected to many factors, which are both local and global, especially the Ukrainian war, Nigeria, as a country, needs to take some urgent measures to save its citizens from hardship occasioned by the rising cost of living.

“African countries, Nigeria inclusive, are facing low foreign earnings, high cost of import and crushing debt service obligations. In the case of Nigeria, all the negative indices are manifesting simultaneously, making the inflation question a hard nut for the government to crack,” she said.

Head of Equity Trading, Planet Capital, Paul Uzum, said the spike in inflation in July was triggered by the crises in the global market. He pointed out that the rising global inflation, forex shortage and devaluation as major drivers.

According to him, many wholesalers will mark up their existing stock by their replacement cost in dollar terms.

Uzum said: “the U.S. and UK recorded 8.5 per cent and 9.4 per cent in the same period. Two factors are responsible for this, one is the rising global inflation, which has triggered imported inflation. Being an import-dependent nation, many finished goods and raw material inputs in Nigeria are imported from abroad.

“So, if the price is rising in the super economies of the world, it is expected that such trend will be seen in Nigeria. I do think this rising trend in inflation will continue. My worry is the possibility of another MPR hike which could have a severe consequence on the capital market.”

A former President of the Chartered Institute of Bankers of Nigeria (CIBN) and professor of economics at Babcock University, Segun Ajibola, said the nation’s rising inflation is due to rising cost of production across sectors, which has continued to fuel an increase in prices of consumer goods.

“Nigeria has received a dose of its devastating effects in recent years, including some elements of imported inflation. The depreciation in the value of naira and the increase in prices of basic infrastructures have all pressurised cost of production and producers have no choice other than, as much as possible pass on the increase to the ultimate consumers. Inflation lowers the real value of money and impoverishes the populace.

“Those on fixed incomes, depositors, pensioners and others are always ready victims of the devastating effects of inflation. Inflation can push more of the populace to poverty and want and stifle government attempts at lifting more of those below the poverty line out of poverty.”

MEANWHILE, the Nigeria Employers’ Consultative Association (NECA) has called for viable policies. Director-General of NECA, Wale Oyerinde, noted that the current state of despair and uncertainty in the economy needed to be arrested to boost investors’ confidence.

He urged the government to take necessary steps to arrest the slide in the general economic wellbeing of Nigerians and give greater priority to enterprise competitiveness as a short and medium-term panacea to the challenges.

Already, he said businesses are faced with sustainability issues arising from increased taxation, the introduction of new taxes and rising energy costs, among others.

Also, the Chief Executive Officer of the Centre for the Promotion of Private Enterprise (CPPE) and former Director-General of the Lagos Chamber of Commerce and Industry (LCCI), Dr. Muda Yusuf, lamented that the heightened inflationary pressure remained troubling, with drivers abating.

“In many cases, increases in production costs cannot be transferred to consumers. The implication is that producers are also taking a hit. This is more pronounced where the demand for the product is elastic. These are products that consumers can readily do without.