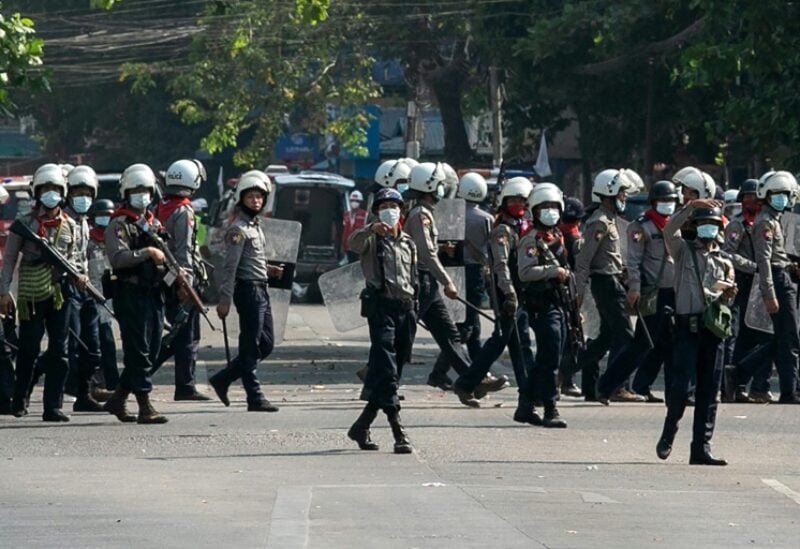 At least nineteen Myanmar police have crossed into India to escape taking orders from a military junta that is attempting to suppress demonstrations against last month’s coup, an Indian police official reported on Thursday, adding that more were expected to follow suit.

The men have crossed into Champhai and Serchhip, 2 districts in the northeastern state of Mizoram that share a porous border with Myanmar, the official said on condition of anonymity due to the sensitivity of the issue.

He added that all the men, who are lower-ranking policemen, were unarmed. “We are expecting more to come,” he said, citing intelligence reports.

There have been multiple instances recounted on social media of police joining the civil disobedience movement and demonstrations against the junta, with some detained, but this is the first reported case of police fleeing Myanmar.

The official said that the policemen crossed over fearing persecution for disobeying orders and would be temporarily housed by local Indian authorities.

“They didn’t want to take orders against the civil disobedience movement,” he said, referring to the agitation in Myanmar calling for the reversal of the Feb. 1 coup and the release of elected leader Aung San Suu Kyi.

Of the 19, 3 Myanmar policemen came across the border near the town of North Vanlaiphai in Serchhip district on Wednesday afternoon and authorities there were assessing their health, another police official reported.

“What they said is they got instructions from the military rulers which they cannot obey, so they have run away,” Serchhip police superintendent Stephen Lalrinawma told Reuters, adding “they are seeking refuge because of the military rule in Myanmar.”

India shares a 1,600 km (1,000 mile) land border with Myanmar, where at least 50 people have perished during protests against the coup.

The junta overthrew a democratically elected government, and detained its leader, Suu Kyi, having disputed her party’s landslide victory in November.

India is already home to thousands of refugees from Myanmar, including ethnic Chin people and Rohingya who fled the southeast Asian country during previous bouts of violence.

A Chin community leader in New Delhi noted that police have rarely fled to India.

“This is something unusual,” said James Fanai, president of the India-based Chin Refugee Committee. “Because in the past, police and military just follow orders.”

Myanmar’s ruling military council has flagged the importance of police and soldiers doing their duty.