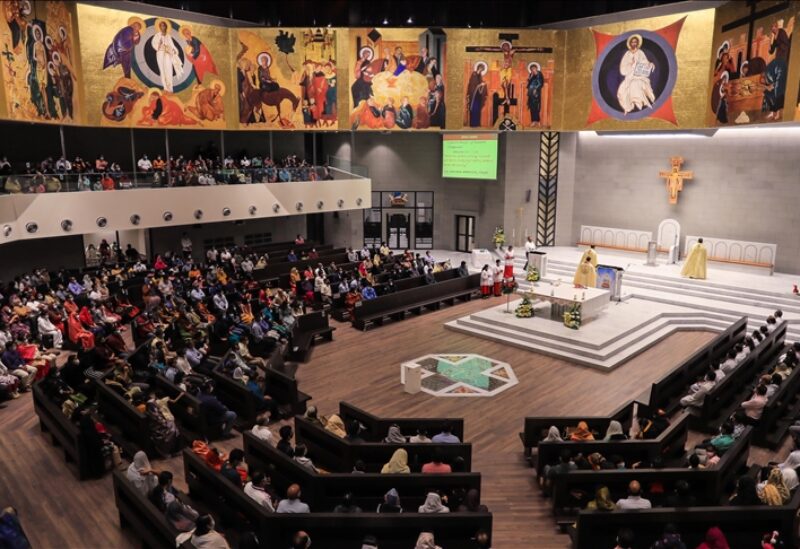 Our Lady of Arabia cathedral in Manama

Bahrain’s largest Roman Catholic church in the Arab Gulf region, which was opened on Thursday, held today, Sunday, its first Mass.
Father Saji Thomas led the Mass in “Our Lady of Arabia” church, which is located 20 kilometers south of the capital, Manama
According to the state news agency, the cathedral can seat up to 2,300 people and will serve the 80,000 Catholic Christians in Bahrain, who are mainly workers from India and the Philippines, noting that building the church has cost over $10 million.
The Gulf’s first Roman Catholic church, “The Sacred Heart Church”, was opened in Manama in 1939.