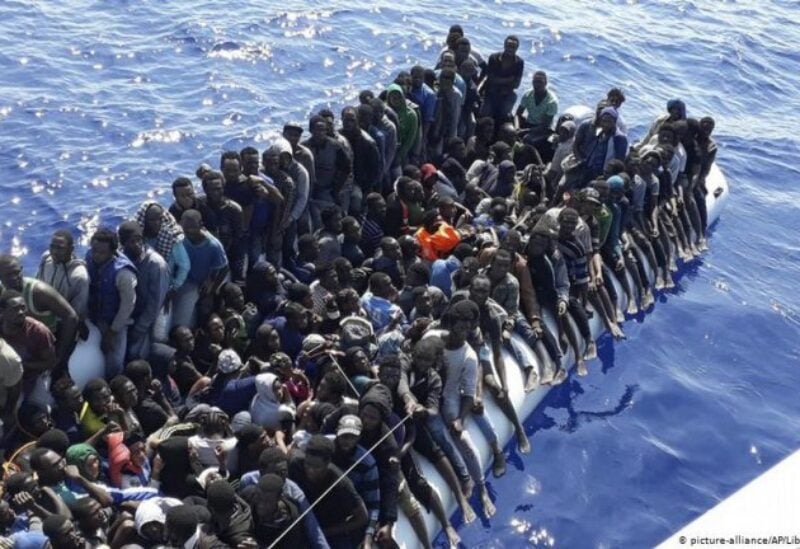 Two women and three children have drowned off the coast of Libya after a boat capsized on its way to Europe late on Tuesday.

Libya’s coast guard and a fishing boat managed to rescue 77 other people, said Safa Msehli, spokesman for the International Organisation for Migration (IOM).

In total, 400 people were intercepted and returned to Libya and put in detention centres.

Human rights groups and international agencies have repeatedly criticised the return of refugees to Libya where they are detained in shocking conditions.

Detention centres in Libya are overcrowded and unsanitary and people held there report being tortured by the guards.

They also face sexual violence, extortion and forced labour. In Libya there is no refugee or asylum law.

Following the 2011 uprising   and the subsequent intervention that toppled and killed long-time dictator Muammar Gaddafi  , people smugglers have taken advantage of the power vacuum in the North African country and used it as a launchpad to take refugees to Europe.

The EU provides support to the Libyan coast guard to intercept migrants and asylum seekers at sea and return them to Libya, where they face this endless cycle of abuse.

Advocates have called on the European Union to stop collaborating with Libyan authorities and in particular stop financing their coast guard.

In one week in March, Libyan coast guards intercepted more than 1,500 people attempting to cross the Mediterranean and get to Europe.

The Mediterranean is one of the deadliest routes in the world. In 2020 alone, over 1,200 people died crossing the Med.

Last week, 60 people were presumed dead after the engine on their wooden boat caught fire off the Libyan coast.