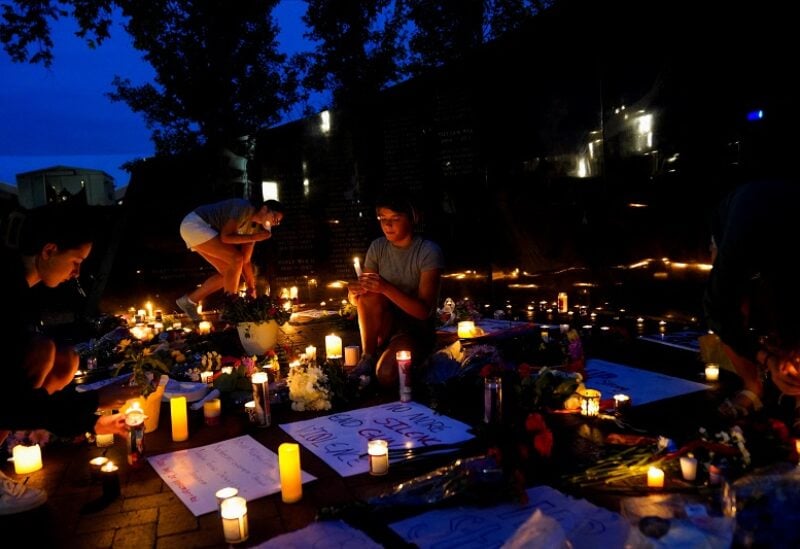 Community members light candles at a memorial site near the parade route the day after a mass shooting at a Fourth of July parade in the Chicago suburb of Highland Park, Illinois, U.S. July 5, 2022. REUTERS/Cheney Orr

Highland Park mass shooting on Monday, claimed the lives of two parents of a 2-year-old child. Among the seven victims killed in the shooting spree were Kevin McCarthy, 37, and Irina McCarthy, 35. During the commotion, their youngster, Aiden, was split up from his parents.

The toddler was escorted to safety by some parade participants after becoming separated from his parents during the commotion. According to officials, the cops then turned him over to his grandparents.

Before being reunited with his family, the child’s picture of him strolling around the gunshot scene became viral and was shared on social media.

According to reports, the young child told his grandparents that “mommy and daddy are arriving soon” and seemed shocked.
According to his grandfather, the 2-year-old kid lived because his father covered him with his body.

Community people have started a fundraiser to raise money for the child.

More than $1 million has been raised so far for the 2-year-old toddler. Already, more than 19,000 people have contributed to the cause.The family friend-founded fundraiser aims to raise money for the son of Irina and Kevin McCarthy.

Aiming to “assist him and the caregivers who will be tasked with raising, caring for, and supporting Aiden as he and his support system embark on this unexpected path,” the online campaign stated that it is intended to help.