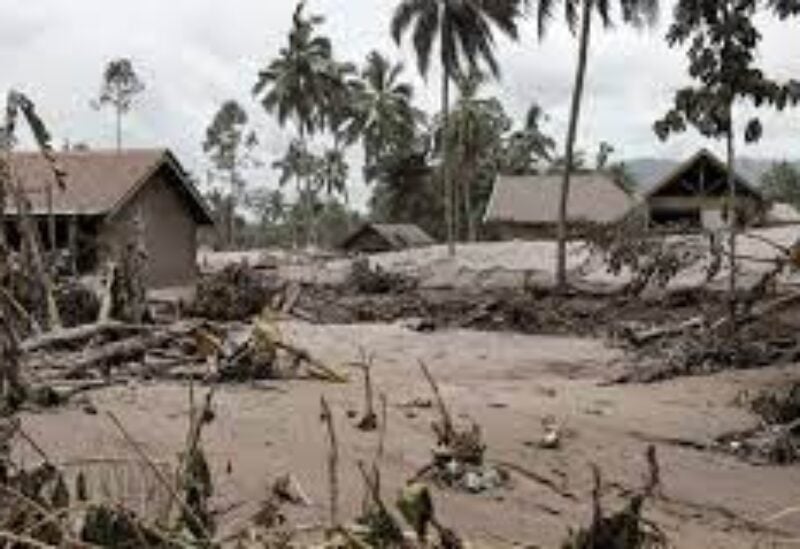 As improved weather conditions allowed rescuers to resume their search, they managed to dug out the body of 13-year-old boy with their bare hands on Monday, after the highest volcano on Indonesia’s Java island erupted with fury, killing at least 15 people with searing gas and ash and leaving 27 others missing.
Mount Semeru in Lumajang district in East Java province spewed thick columns of ash as high as 12,000 meters into the sky in a sudden eruption Saturday triggered by heavy rain. Villages and nearby towns were blanketed by tons of volcanic debris.
Searing gas raced down the sides of the mountain, smothering entire villages and killing or seriously burning those caught in its path.
National Disaster Mitigation Agency spokesperson Abdul Muhari said 56 people had been hospitalized, mostly with burns. He said rescuers were still searching for 27 villagers reported missing. Nearly 3,000 houses and 38 schools were damaged, Muhari said.
The body of the 13-year-old boy was recovered in the worst-hit village of Sumberwuluh, where houses were buried to their rooftops and cars were submerged. Crumpled roofs, charred carcasses of cattle and broken chairs covered in gray ash and soot dotted the smoldering landscape.
Search and rescue efforts were temporarily suspended Sunday afternoon because of fears that heavy rain would cause more hot ash and debris to fall from the crater.
The eruption of the 3,676-meter-high mountain eased pressure that had been building under a lava dome in the crater. But experts warned that the dome could further collapse, causing an avalanche of blistering gas and debris trapped beneath it.
More than 1,700 villagers escaped to makeshift emergency shelters after Saturday’s powerful eruption, but many others defied official warnings and chose to remain in their homes to tend their livestock and protect their property.
Semeru, also known as Mahameru, has erupted many times in the last 200 years. Still, as on many of the 129 volcanoes monitored in Indonesia, tens of thousands of people live on its fertile slopes. It last erupted in January, with no casualties.
Indonesia, an archipelago of more than 270 million people, is prone to earthquakes and volcanic activity because it sits along the Pacific “Ring of Fire,” a horseshoe-shaped series of fault lines.