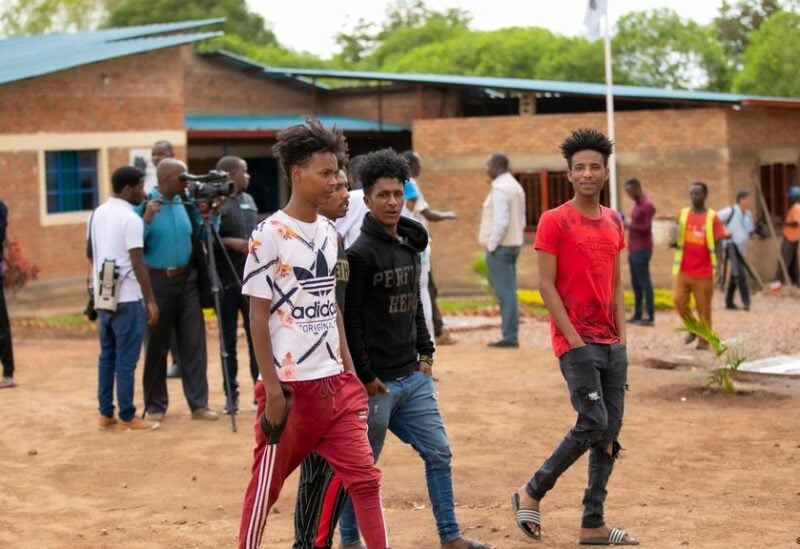 Rwandan government announced that 285 asylum seekers who were stranded in Libya and hosted in Rwanda have been relocated to third countries.

It comes as a new group of 133 asylum seekers arrived in the East African country.

Upon arrival early Friday, the sixth group was subjected to coronavirus tests before being sent to the Gashora Emergency Transit Centre in eastern Rwanda.

The evacuated asylum seekers, including women and children, are from Eritrea, Somalia, South Sudan and Sudan.

The evacuation is in line with a Memorandum of Understanding signed in 2019 between Rwanda, the African Union and the United Nations High Commission for Refugees (UNHCR), for the establishment of a transit mechanism in Rwanda for African refugees and asylum seekers who were stranded in Libya.

To date, Rwanda has received nearly 650 asylum seekers after they were evacuated from Libya, while six have been born at the resettlement center.

“A total of 285 asylum seekers who were hosted in Rwanda have so far been relocated. Some 134 were relocated to Sweden, 80 to Canada, 58 to Norway, 11 to France while 2 to Belgium,” according to Rwanda’s Emergency Management Ministry.

The UNHCR has appealed to other countries to resettle the remaining asylum seekers.

The outbreak of coronavirus and travel restrictions has derailed the evaluation and resettlement processes.

According to the UNHCR, the conditions of resettlement vary from country to country.

For instance, while some only want to resettle those with their families, other countries object to resettling unaccompanied children.

Other restrictions are based on nationalities.

The hosting in Rwanda serves as a temporary safe pathway while durable solutions are being sought.

Most asylum seekers are victims of trafficking or survivors of gender-based violence and other forms of abuse, according to the UNHCR.

“Since 2017, over 6,300 refugees and asylum seekers have departed Libya through humanitarian evacuations or resettlement to third countries,” said the UN agency.

It followed reports that tens of thousands of people from principally the Horn of Africa were stranded in Libya and were being subjected to slavery after a failed bid to make it to Europe.

Libya has been a transit route to Europe by boat.