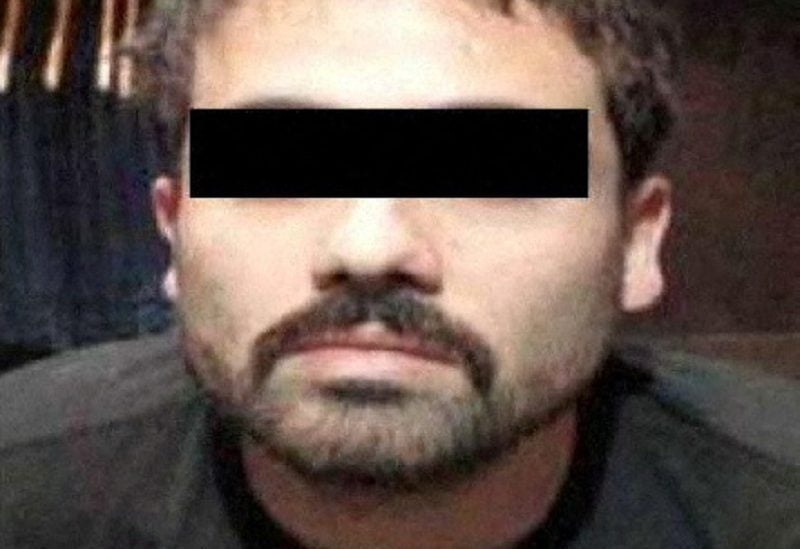 Mexican drug gang leader Ovidio Guzman is seen in a photo taken after his arrest on January 5, 2023 by the Mexican forces in Culiacan, Mexico, in this handout picture distributed to Reuters on January 6, 2023. Mexico Secretaria Defensa Nacional (SEDENA)/Handout via REUTERS THIS IMAGE HAS BEEN SUPPLIED BY A THIRD PARTY. NO RESALES. NO ARCHIVES. EYES OBSCURED AT SOURCE. REFILE - CORRECTING YEAR OF ARREST DATE

10 soldiers and 19 criminal suspects had been killed in the raid to capture the son of jailed cartel boss Joaquin “El Chapo” Guzman, the Mexican government revealed on Friday.

“Ten members of the military… unfortunately lost their lives in the line of duty,” Sandoval told a press conference, adding that 19 “lawbreakers” were also killed in the operation.

The minister said the arrests came at the end of six months of intelligence work into the group’s “illicit activities.”

He said Guzman was being held in the high-security Altiplano prison in central Mexico.

Some 35 soldiers sustained gunshot wounds in fighting across Culiacan between members of the Sinaloa cartel and Mexican security forces.

Police told city residents not to leave their homes as they set up street blockades and the military deployed armored vehicles.

The military planes “had to make an emergency landing” after receiving “a significant number of impacts,” Sandoval said, but there were no injuries because of the plane attacks.

The military is to maintain an enhanced security presence in Sinaloa, with an additional 1,000 military personnel traveling to the region on Friday.

Who is Ovidio Guzman?
United States authorities had issued a reward of up to $5 million (about €4.75 million) for information leading to Ovidio Guzman’s capture, accusing him of playing a leading role in the infamous Sinaloa cartel.

The US State Department accuses Guzman and one of his brothers of presiding over nearly a dozen methamphetamine labs in Sinaloa, and for overseeing the distribution of cocaine and marijuana.

Ovidio was captured briefly once before in 2019 but was freed by security forces after the cartel launched an all-out assault against them in response.

That failed operation came just months after his father, “El Chapo” or “Shorty” Guzman, was sentenced to life in prison in the US. He had been found guilty of trafficking hundreds of tons of drugs into the US over some 25 years. However, his cartel remains one of the most powerful in Mexico.
The swoop came as Mexican President Andres Manuel Lopez Obrador prepared to welcome his US counterpart Joe Biden for a North America leaders’ summit next week.

Canadian Prime Minister Justin Trudeau is also set to attend the event, at which security is expected to be high on the agenda.