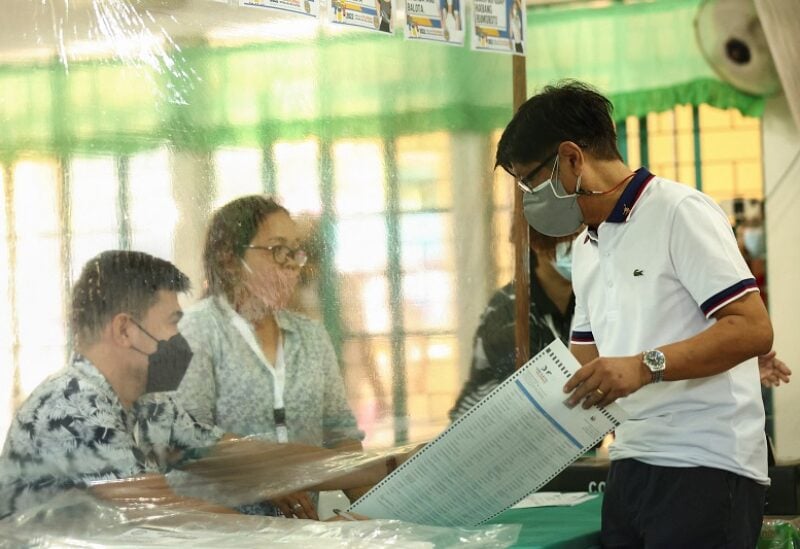 As millions of Filipinos voted in national elections, Three security guards were killed Monday when gunmen opened fire at a polling station in a restive region of the southern Philippines, police said.
Elections are a traditionally volatile time in a country with lax gun laws and a violent political culture, but police said this season had been comparatively peaceful.
The deadly shooting happened shortly after voting got under way in Buluan municipality on Mindanao island, a haven for multiple armed groups ranging from communist insurgents to Islamist militants.
Former mayor Ibrahim Mangudadatu told AFP that people inside the school being used as a polling station ran for cover when the shooting started.
A fourth guard was wounded in the attack, said Maguindanao provincial police spokesman Major Roldan Kuntong.
It came after five grenades exploded outside a polling station in Datu Unsay municipality late Sunday that left nine people wounded.
Minutes after that attack, a grenade exploded in the neighboring municipality of Shariff Aguak, but there were no casualties. Both of those towns are also in Maguindanao province.
Police said the grenade victims had walked from their remote mountain villages to cast their votes at the municipal hall in Datu Unsay when polling stations opened across the country on Monday morning.
“It is their custom to come down early from their villages, which are located eight to 12 hours away on foot,” said Kuntong.
In 2009, Maguindanao was the scene of the country’s deadliest single incident of political violence on record.
Fifty-eight people were massacred as gunmen allegedly working for a local warlord attacked a group of people to stop a rival from filing his election candidacy.
Dozens of the victims were journalists covering the contest.
A spokesman for the Commission on Elections said they were trying to verify if the shooting and grenade attacks were election-related.
Vice presidential frontrunner Sara Duterte, the former mayor of Mindanao’s Davao City, told reporters she hoped voters would not end up “disenfranchised” as a result of the violence.
The son of former dictator Ferdinand Marcos is the favorite to win the presidential vote, which would return the clan to the pinnacle of political power.
Thousands of personnel from the police, armed forces and coast guard have fanned out across the archipelago to help secure polling stations and ballots, escort election officials and guard checkpoints.
As of Sunday, there had been 16 “validated election-related incidents” since January 9, including four shootings, said national police spokesman Brig.-General Roderick Alba.
That compares with 133 incidents during the 2016 presidential elections.