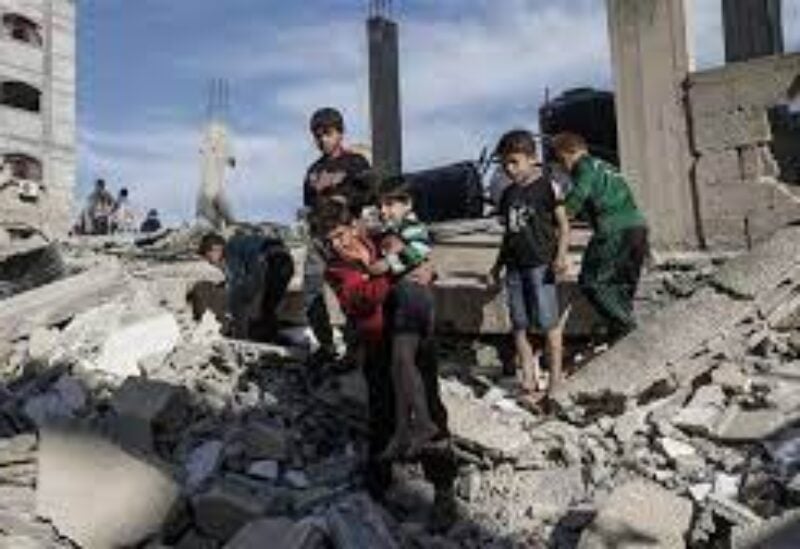 US Defense Secretary Lloyd Austin, in a call with his Israeli counterpart, Benny Gantz, on Tuesday, expressed “sorrow for the deaths of innocent Israelis and Palestinians.”

He confirmed that the Pentagon supports “the de-escalation and the return of calm” between the two parties.

For his part, Gantz,  told Austin that “the military operation is continuing with the aim of establishing calm in the long term.”

He briefed his American counterpart Austin with intelligence information about the Gaza evacuation building, which housed media offices, and was destroyed by an Israeli air strike.

This is Austin’s second contact in this regard, as he called via a phone call last week, Gantz and “all parties concerned” to “take steps to restore calm.”

On Tuesday, US Secretary of State Anthony Blinken confirmed that the United States is making diplomatic efforts to de-escalate the military escalation between the Israelis and the Palestinians.

He said that Washington “seeks to stop the cycle of violence and work for a sustainable peace for the Israeli people and the Palestinian people.”

Blinken expressed Washington’s concern about the escalation of violence between Israelis and Palestinians, calling for “the protection of civilians, especially children,” and reiterating that Israel “as a democratic country has a special duty” in this regard.

In the Israeli bombardment of the Gaza Strip since the tenth of May, 213 Palestinians have been killed, including 61 children, and 1,442 have been wounded.

In the West Bank, which witnessed clashes at military checkpoints, more than 21 people were killed.

On the Israeli side, 10 people were killed, including a child and a soldier, while 309 people were wounded, while two Thai workers were killed in a missile strike from Gaza targeting a residential complex in Eshkol, near the Strip. According to AL-Hurra