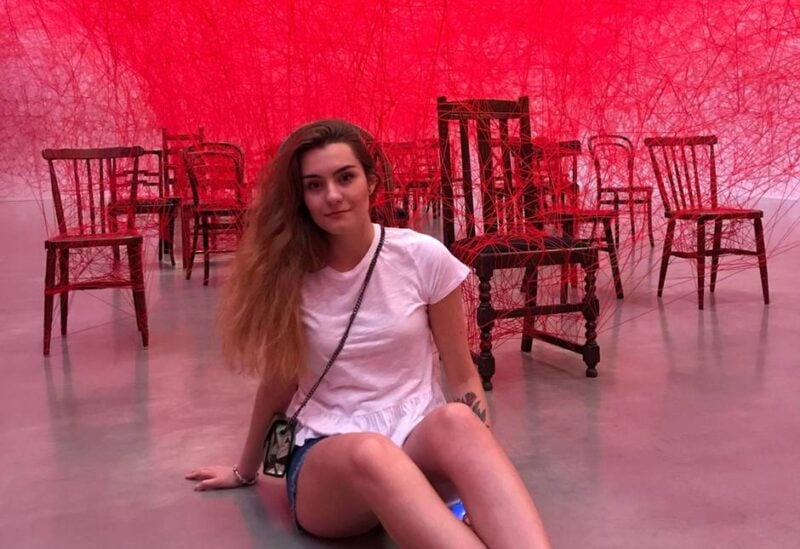 Doubts have been raised over a second confessional video released by Belarusian authorities that shows the girlfriend of detained journalist Roman Protasevich.

Speaking fast and rolling her eyes at one point, Sofia Sapega said in the video that she was an editor of a Telegram messaging app channel that had published the personal data of Belarusian police.

The video comes a day after Mr Protasevich appeared in one, in which he confessed to organising protests against President Alexander Lukashenko and said he was being treated well since his arrest on a Ryanair flight on Sunday.

Mr Protasevich’s father fears that he is being beaten while in detention, and said that his nose appeared broken in the video.

The Ryanair passenger jet carrying Mr Protasevich and Ms Sapega, a Russian citizen, was forced to land in Belarus on Sunday due to a bomb hoax, an act denounced by Western powers as “state piracy”.

The Russian foreign ministry said in a statement that Ms Sapega, a 23-year-old student, could face criminal charges under several articles of the Belarusian criminal code.

Sviatlana Tsikhanouskaya, the leader of the Belarusian opposition who operates from nearby Lithuania, said on Twitter that Ms Sapega appeared to be under psychological pressure.

Franak Viacorka, an adviser to Ms Tsikhanouskaya, said on Twitter that Ms Sapega’s confession appeared to have been made under duress.

“She is guilty of being a friend of Roman. And they forced her to confess to ‘crimes’ she did not commit,” he said.

Belarus is the only country on the European continent that still executes prisoners.

“Of course, this is the main thing which I fear now,” she said.

“She is a very tough girl in a moral sense. She will get through, she will withstand, I’m sure of that.”

Mr Protasevich’s mother Natalia said she has not slept for two nights and grips her phone tightly, hoping for any news about her son.

“I’m asking, I’m begging, I’m calling on the whole international community to save him,” she said.

“He’s only one journalist, he’s only one child but please, please … I am begging for help. Please save him. They’re going to kill him in there.”

Meanwhile, Russia accused Britain of being paranoid about its involvement in the arrests.

Foreign Secretary Dominic Raab said it was “very difficult to believe that this kind of action could be taken without at least the acquiescence of the authorities in Moscow”.

“This is a Russo phobic obsession, an obsession with blaming Russia for everything and everyone,” he said.

“It will probably soon come to the point that Russia is accused of the very fact of its own existence.”

Asked if the White House believed that Russia played a role in diverting the Ryanair plane, Jen Psaki said: “We don’t have a belief that that is the case.”