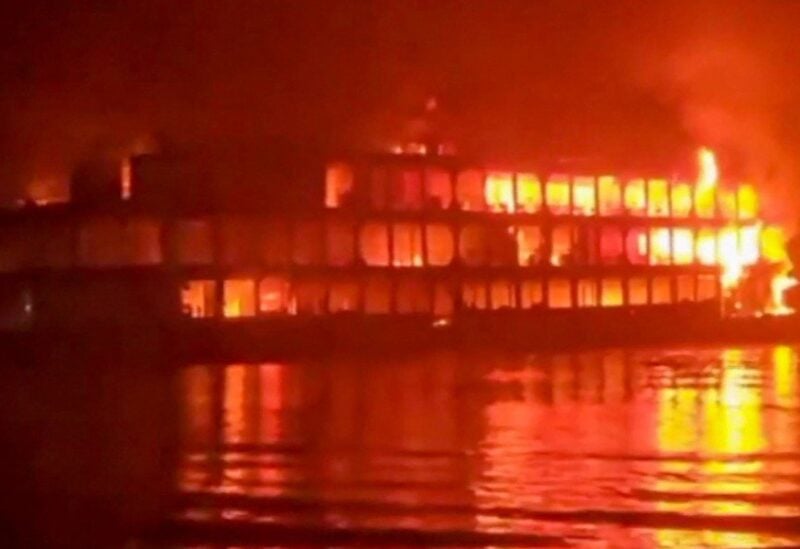 Bangladeshi authorities detained the owner of an overcrowded boat on Monday, after an onboard fire claimed the lives of at least 37 people, with investigators blaming the death toll on a lack of passenger safety.

Aboard Friday night, a fire broke out on a boat carrying 700 passengers near the town of Jhalkathi, 250 kilometers south of the capital Dhaka. According to local authorities, a hundred people were injured and scores were missing as a result of the disaster.

Survivors claimed they had to jump overboard from the three-story boat, which was initially built to transport 420 passengers, in the middle of night. Attempting to flee the fire, the majority of the victims were burnt alive or drowned in the frigid waters.

Marine Police Officer Mahbubur Rahman said the vessel did not have adequate fire extinguishers and buoys to cope with a major accident.

The ferry was still moving, nearly an hour after the engine room caught fire, he told AFP. “If they had stopped the ferry and dropped anchor immediately, it could have saved all these lives.”

Experts point to the lack of vessel maintenance, lax safety standards and overcrowding on ferries.

In August, a collision between a ferry and a freighter carrying sand left at least 21 people dead on a lake in the east of the country. In April and May, 54 people died in two separate crashes.