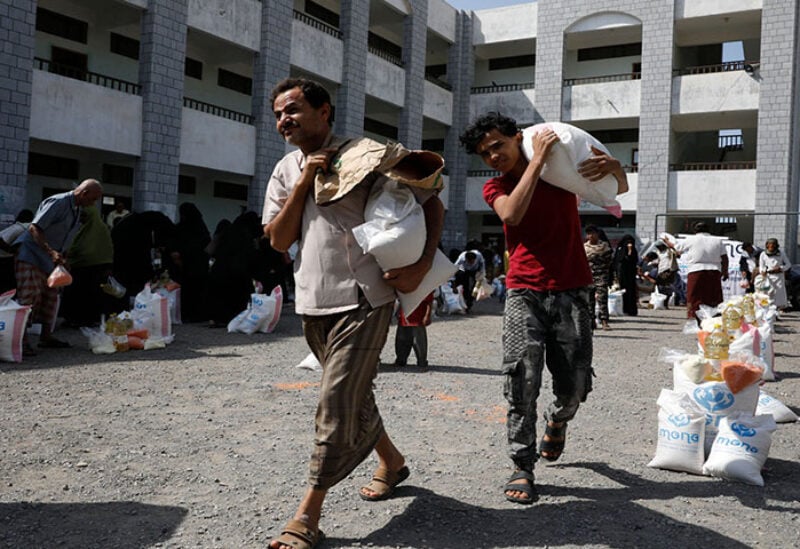 UN Secretary General Antonio Guterres on Monday complained that donors had pledged a “disappointing” $1.7 billion for relief efforts in Yemen — far short of the $3.8 billion needed for a country on the brink of famine.

Guterres bashed the weak response at a UN pledging conference, hosted virtually by Switzerland and Sweden, as humanitarians warned of cutbacks to food handouts in the Arab world’s poorest country.

“The best that can be said about today is that it represents a down payment. I thank those who did pledge generously, and I ask others to consider again what they can do to help stave off the worst famine the world has seen in decades.”

At the conference, Saudi Arabia pledged $430 million towards the United Nation’s response to the humanitarian crisis. US Secretary of State Anthony Blinken upped this year’s funding from America to more than $350 million, while UAE Minister of State for International Co-operation Reem Al Hashimy announced a $230 million pledge.

Jan Egeland, head of the Norwegian Refugee Council, a charity that operates in Yemen, said he was “disappointed” at the low levels of funding for the crisis and warned of “massive cuts to emergency food, water, shelter and medical support”.

“Yemen needs three things to avert a catastrophe: more money that we can use today; a famine-prevention ceasefire; and full access to people in need,” Egeland said in a statement.

Fighting erupted in Yemen in 2014, when Iran-aligned Houthis seized Sanaa and much of the country’s population centres in the north.

An Arab military coalition led by Saudi Arabia and backed by the US and Britain intervened in 2015 in a bid to restore the internationally recognised government of Yemeni President Abdurabu Mansur Hadi to power.

“The only path to peace is through an immediate, nationwide ceasefire and a set of confidence-building measures, followed by an inclusive, Yemeni-led political process under United Nations auspices and supported by the international community,” said Mr Guterres. “There is no other solution.”