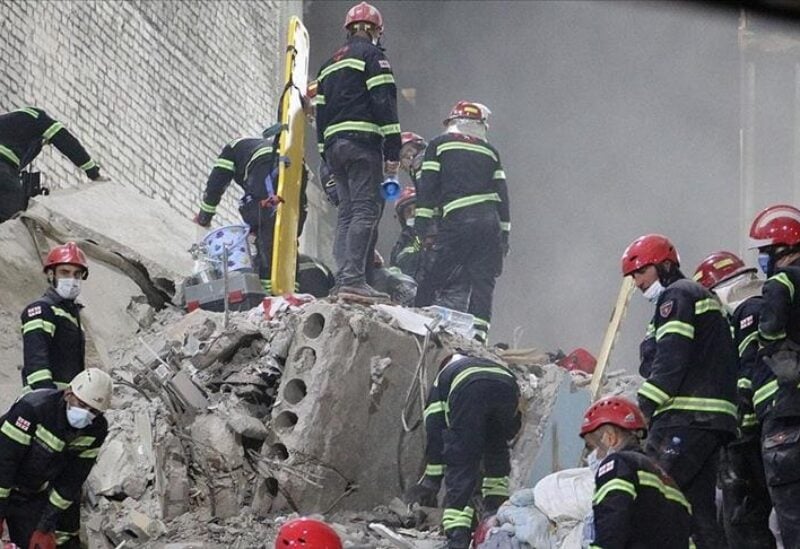 Georgian Authorities declared that at least five bodies were found on Saturday among the wreckage of a building collapse in Georgia.
“Firefighters rescued two citizens who were taken to the hospital, and pulled five bodies out of the rubble,” the Interior Ministry said in a statement.
Investigation into the incident is underway, the ministry also said.
“As for the children, we have the information that 2 or 3 children are caught under the debris as neighbors tell us, but nothing can be confirmed yet,” the ministry earlier said.
A search and rescue mission was initiated after a seven-story residential building collapsed in the Black Sea city of Batumi on Friday.
Efforts are ongoing to rescue three more people, according to Georgian Interior Minister Vakhtang Gomelauri.
Zaur Budatov, the owner of the apartment on the first floor, and two workers were detained for starting illegal house renovations, according to the Interior Ministry.