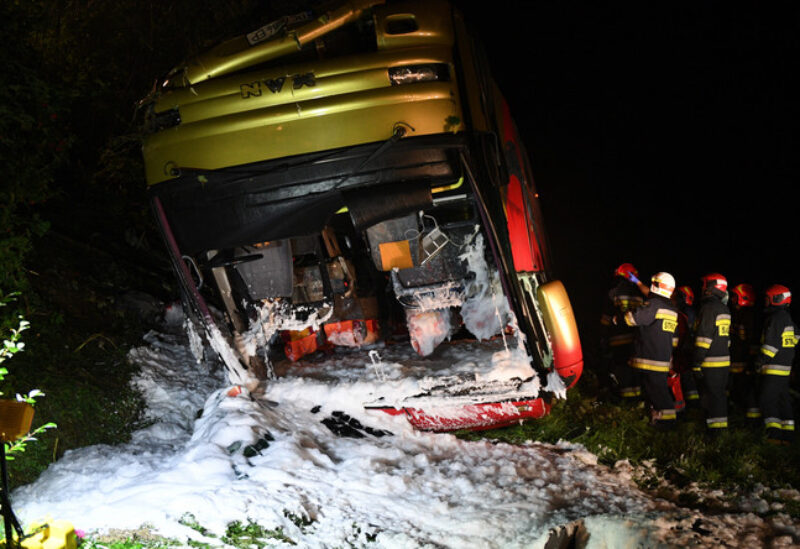 State news agency PAP reported, earlier on Saturday, that the bus, with 57 people on board, fell into a ditch at night. The wounded were taken to local hospitals while the remaining passengers were brought to a local school.

A spokesman at local medical ambulance services in Przemysl confirmed the information, noting that the bus was travelling to Ukraine.

“The passengers were mostly sleeping when the accident occurred, most were not strapped with seat belts, so they were seriously injured. They were mostly young people going home from work,” the spokesman said, adding there were no children on board.

He said that the bus hit a traffic barrier while leaving a highway and careened into the ditch.

An estimated 1 million to 2 million Ukrainians live or work in Poland.