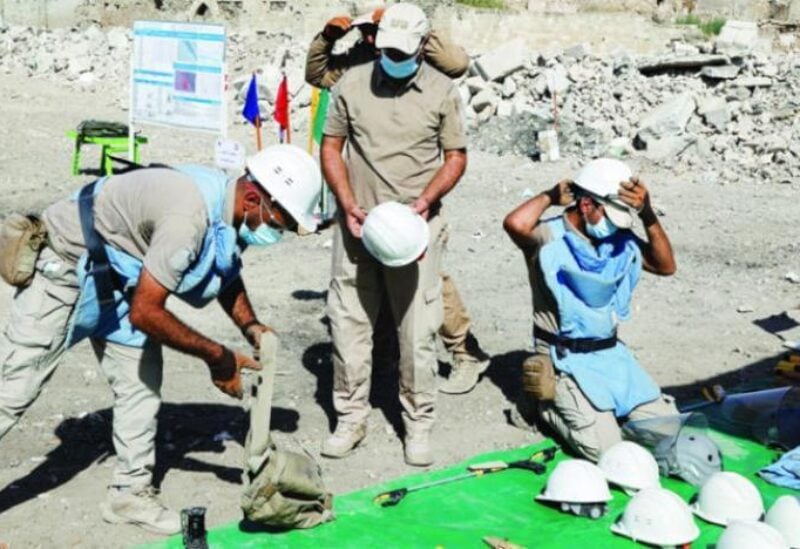 Displacement in Iraq still constitutes a challenge for the authorities in Baghdad, Kurdistan, and international organizations even after five years of the military defeat of ISIS.

The Ministry of Migration and Displacement spokesman, Ali Abbas Jahakir, asserts that the total number of displaced families has reached 900,000, adding that about 600,000 of them have returned home.

Jahakir told Asharq Al-Awsat that there are 26 displacement camps distributed over the governorates of the Kurdistan region, with 16 in Dohuk, six in Erbil, four in Sulaymaniyah, and one in al-Jada, in addition to a rehabilitation center in Mosul.

He added that the total number of families living in these camps is 37,000, totaling 170,000 citizens of all ages.

Jahakir stated that the official data confirmed by the Ministry of Immigration indicates 900,000 families had escaped conflict areas in the western and northern governorates after the rise of ISIS in June 2014.

He said that 600,000 families have already returned to their towns, noting that the remaining figure of 300,000 families is inaccurate, because many of them, especially the Yazidi, Turkmen, Shabak, and Christian minorities, left the country.

The spokesman said many returnees did not register their official return for various reasons.

Earlier, the Ministry of Immigration refused to force the displaced to return to their homes and gave them the choice of staying in camps.

Despite the living conditions in the camps, most of the displaced preferred to stay for fear of reprisals or lack of job opportunities in their hometowns. Some also still don’t have homes.

The Program’s resident representative in Iraq, Zena Ali-Ahmed, told the Iraqi News Agency that Iraq has gone through several crises and wars, and the UNDP launched the project to restore stability in the liberated areas with the support of the local government in five governorates.

She indicated that 30 donor countries, including the United Kingdom and Canada, participated in the efforts to ensure the security of the liberated areas.

Ali-Ahmed added that part of the project aims to coordinate with the demining units of the military force, asserting that rehabilitating the infrastructure cannot take place without removing mines.