80% of Gaza children suffer depression after 15 years of blockade 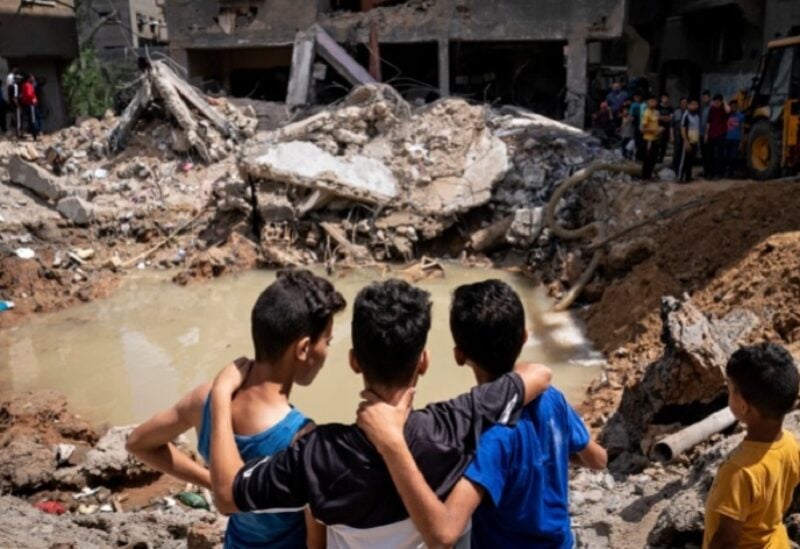 Children living in Gaza have had to survive several wars, and have few opportunities

Four out of five children in the Gaza Strip suffer from depression, sadness and fear caused by fifteen years of the Israeli blockade on the territory, a report published by Save the Children has found.

The report, entitled “Trapped”, interviewed 488 children and 168 parents and caregivers in the Gaza Strip, following up on similar research that was conducted by the organisation in 2018.

The blockade of the Gaza Strip began in June 2007, severely affecting the territory’s economy, and heavily restricting travel. It has particularly affected children, who make up 47 percent of Gaza’s two million people.

About 800,000 Gazan children have never known life without the blockade, and have had to face what the report terms six life-threatening situations – five escalations in violence and the COVID-19 pandemic.

Save the Children’s latest research showed that the mental wellbeing of children, young people and caregivers has dramatically deteriorated since their last report four years ago, with the number of children reporting emotional distress increasing from 55 to 80 percent.

Save the Children also reported that more than half of Gaza’s children thought about suicide, and three out of five self-harm.

Contributing factors to the mental health crisis experienced by children and young people in Gaza were found to be a lack of access to basic services such as health care, and the ongoing blockade.

According to the health caregivers interviewed in the report, 79 percent of Gaza children have suffered from bedwetting during the past few years, and 59 percent of them said that there had been an increase in children experiencing speech, language and communication difficulties, including temporary reactive mutism, which is a symptom of trauma or abuse.

Save the Children warned that the effect of these symptoms on children’s development, learning and social interaction is both immediate and long-term.

“The physical evidence of their distress – bedwetting, loss of ability to speak or to complete basic tasks – is shocking and should serve as a wakeup call to the international community,” Jason Lee, Country Director for Save the Children in the occupied Palestinian territories, said.

In the 2018 report, caregivers predicted that the continued blockade could destroy their ability to provide care for children. Save the Children’s latest report now shows that 96 percent of respondents reported constant sadness and anxiety, and emotional distress.

Save the Children called on the Israeli government to take immediate steps to lift the blockade of the Gaza Strip along with bringing an end to the ongoing occupation.

“We call on all sides to tackle the root causes of this conflict, and take steps to protect all children and families who deserve to live in safety and dignity. We need an immediate end to the conflict and economic deprivation that are huge stressors in children’s lives, as well as action to support the coping potential and resilience of children and their families in the Gaza Strip,” Save the Children said.

Israel imposed a land, air and sea blockade on the Gaza Strip following the Hamas’ takeover of Gaza in June 2007.

The blockade includes strict restrictions on travel movement for Palestinians living in Gaza. Crossings between Gaza and Israel are regularly closed, and there are many restrictions on the entry of fuel, electricity and other goods. Fishermen are limited to using a few nautical miles.