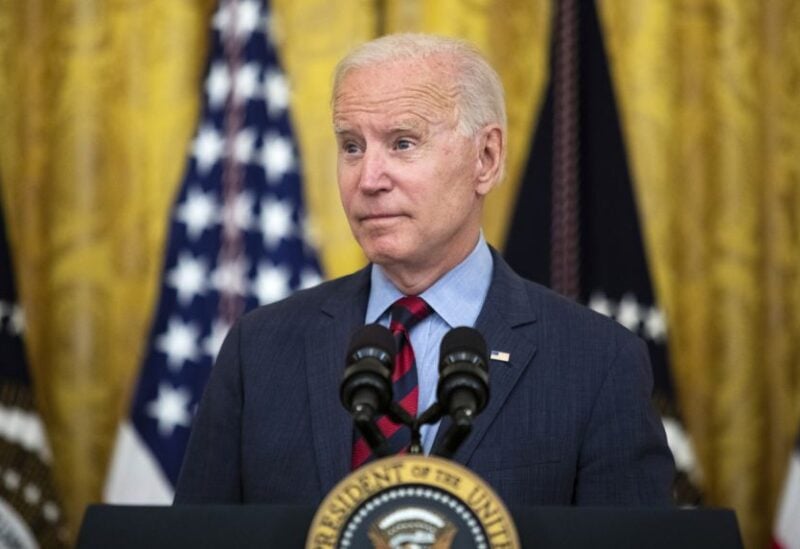 U.S. President Joe Biden held an unusually long meeting with Pope Francis at the Vatican on Friday as a debate raged back home about the Catholic president’s support for abortion rights.

The Vatican said the private meeting lasted one hour and 15 minutes and then about another 15 minutes were spent for picture taking and the exchange of gifts in the presence of other members of the delegation, such as Biden’s wife, Jill.

The meeting with former President Donald Trump in 2017 lasted about 30 minutes and one with Barrack Obama in 2014 lasted about 50 minutes.

Both the White House and the Vatican were due to issue statements on the meeting later in the day.

The president’s motorcade earlier approached the Vatican under tight security, made even more intense because the Italian capital is simultaneously preparing to host the G20 summit of world leaders this weekend.

Swiss Guards in their traditional red, yellow and blue uniforms and holding halberds gave Biden and his wife an honour salute as they and the U.S. delegation arrived in the San Damaso courtyard of the Apostolic Palace. The U.S. flag flew from the central balcony.

The head of the Pontifical Household, Monsignor Leonardo Sapienza, led them to the third floor of the palace, where formally attired ushers known as the “pope’s gentlemen” waited to escort them down frescoed halls to the official papal library.

“Thank you so much. It’s good to be back,” Biden told one of the officials on the receiving line in the courtyard. He then joked with another official who was talking to his wife. “I’m Jill’s husband,” Biden said.

The meeting between the first Latin American pope and the second Catholic president in U.S. history takes place amid fierce debate in the United States Church, where Biden in under pressure from conservatives over his conflicted position in the dispute over abortion rights.

The president, who goes to weekly Mass regularly and keeps a picture of the pope behind his desk in the Oval Office, has said he is personally opposed to abortion but cannot impose his views as an elected leader.

His most ardent critics in the U.S. Church hierarchy have said Biden, a Democrat, should be banned from receiving communion, the central sacrament of the faith, and doubled down ahead of the meeting.

“Dear Pope Francis, you have boldly stated that abortion is ‘murder’. Please challenge President Biden on this critical issue. His persistent support of abortion is an embarrassment for the Church and a scandal to the world,” Bishop Thomas Tobin of Providence, Rhode Island, said in a Tweet.

On his website, another American conservative, Cardinal Raymond Burke, without naming Biden, spoke of the “grave scandal caused by such Catholic politicians”.

“They have, in fact, contributed in a significant way to the consolidation of a culture of death in the United States, in which procured abortion is simply a fact of daily life,” Burke said.

In June, a divided conference of U.S. Roman Catholic bishops voted to draft a statement on communion that some bishops say should specifically admonish Catholic politicians, including Biden.

The bishops, who went ahead despite a Vatican warning that it would sow discord rather than unity, will take up the issue again next month.

Asked about the U.S. communion debate last month, the pope told reporters that abortion is “murder”. But he also appeared to criticise U.S. Catholic bishops for dealing with the issue in a political rather than a pastoral way.

“Communion is not a prize for the perfect. … Communion is a gift, the presence of Jesus and his Church,” the pope said, adding that bishops should use “compassion and tenderness” with Catholic politicians who support abortion rights.

Since his election in 2013 as the first Latin American pope, Francis has said that while the Church should oppose abortion, the issue should not become an all-consuming battle in culture wars that detracts attention from matters such as immigration and poverty.