Automakers embrace electric vehicles. But what about buyers? 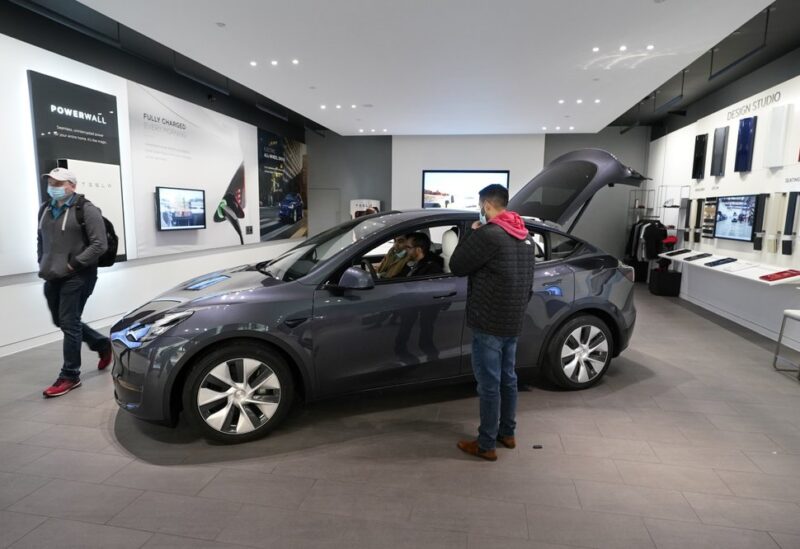 DETROIT: The world’s major automakers have made something abundantly clear: They believe electric vehicles will dominate their industry in the years ahead.

Yet for that to happen, they’ll need to sell the idea to people like Steve Bock.

When Bock recently replaced his family’s 2013 Honda Pilot SUV, he considered — and then dismissed — the idea of buying an electric vehicle. An EV with enough room to carry his two dogs would cost too much, he decided. And he’d worry about driving long distances with too few charging stations.

“I would consider it if the prices would come down,” Bock said, though leaving open the possibility of buying an electric vehicle next time.

Instead, Bock, of suburban Raleigh, North Carolina, settled on a Subaru Outback. Like nearly every other vehicle sold in the United States, it runs on gasoline.

Opinion polls show that a substantial majority of Americans are aligned with Bock. An EV might be on their shopping list if it cost less, if more charging stations existed and if a wider variety of models were available. In other words, the time isn’t right.

It all adds up to a significant risk for the largest automakers. Most of them are staking their futures on the notion that consumers will soon be ready to buy vehicles that run not on the internal combustion engines that have powered cars and trucks for more than a century but on electricity stored in a battery pack.

General Motors, Ford and Volkswagen plan to spend a combined $77 billion developing global electric vehicles over the next five years, with models from pickup trucks to small SUVs. GM has gone so far as to announce a goal of ending gasoline- and diesel-fueled passenger vehicles entirely by 2035 – and to become carbon-neutral by 2040.

For the automakers, the risk is as hazardous as it is simple: What if American consumers reject electric vehicles for many years to come?

Companies would have no choice but to discount them and hope, in the meantime, that their profits from gas vehicles would still cover their costs — at least until large proportions of buyers gravitated toward EVs.

If they don’t, the financial blow could be heavy. For now, EVs make up less than 2% of U.S. new-vehicle sales and about 3% worldwide.

“It’s still a sector that doesn’t have a mass appeal to the entire population,” said Jeff Schuster, president of global vehicle forecasting for LMC Automotive, a consulting firm. “It could be a financial drain if consumers do not buy at the same level.”