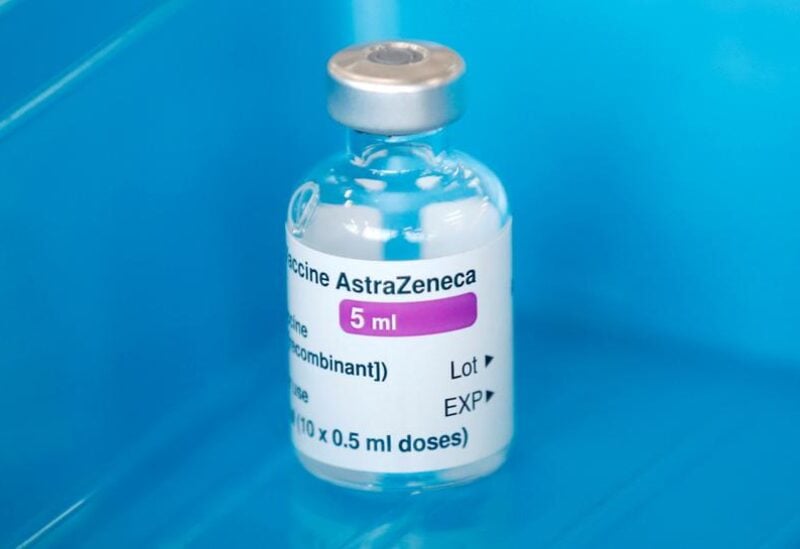 FILE PHOTO: A vial of the Oxford-AstraZeneca COVID-19 vaccine is seen at Basingstoke Fire Station, in Basingstoke, Britain February 4, 2021.

Many Asian countries are accelerating the rollout of AstraZeneca’s COVID-19 vaccine after confidence in its safety was hit, following reports that the shot was linked to rare blood clots in Europe earlier this month.

After briefly halting its use, many European countries have resumed using the shot in their inoculation programmes after a regional regulator said it was safe, while several country leaders are also taking the vaccine to boost confidence.

The AstraZeneca shot was among the first and cheapest of the COVID-19 vaccines to be developed and launched at volume and is set to be the mainstay of vaccination programmes in much of the developing world.

But its brief suspension raised concerns that a slowdown in vaccination rollouts could hurt the global fight against the pandemic, as coronavirus cases surge in some countries, overwhelming healthcare systems and hurting economies.

“I have just finished getting the (AstraZeneca) injection, there is no pain at the injection site, and there is no soreness of the body,” Taiwan Premier Su Tseng-chang told reporters as the island launched its inoculation campaign on Monday.

Thailand’s prime minister also became the first person in the country to be inoculated with the AstraZeneca vaccine after its rollout was temporarily put on hold over safety concerns, while Indonesia began using it on Monday after suspending it last week. But Indonesia’s Food and Drug agency has warned against its use on people with blood clotting disorders.

South Korean President Moon Jae-in, 68, plans to get the shot on Tuesday after the government said it could be used on older people.

British Prime Minister Boris Johnson received his first dose of the AstraZeneca COVID-19 vaccine on Friday, saying he “did not feel a thing.”

The European Medicines Agency regulator said on Thursday the vaccine is effective and not linked with a rise in the overall risk of blood clots.

Yet a survey released on Monday showed that people in seven European countries were more likely to see the vaccine as unsafe than as safe.

Many Asian countries heavily rely on the AstraZeneca vaccine to end the pandemic, as the shot is being used in inoculation programmes in Australia, South Korea, the Philippines, Vietnam, Thailand, and India.

Some countries could face supply issues.

India, which has the highest coronavirus caseload after the United States and Brazil, is delaying supplies of the vaccine to several countries, as it faces a second surge in cases, said a source with direct knowledge of the matter.

The Serum Institute of India (SII), which produces the AstraZeneca vaccine, has told Brazil, Saudi Arabia and Morocco that further supplies will be delayed due to surging demand at home, the person said.

Australia, which has inoculated just 1% of its population so far, is also accelerating vaccination after the country’s pharmaceutical regulator approved on Sunday the local manufacturing of the AstraZeneca vaccine by CSL.

Within 12 weeks, CSL is expected to produce 1 million doses of the vaccine each week.