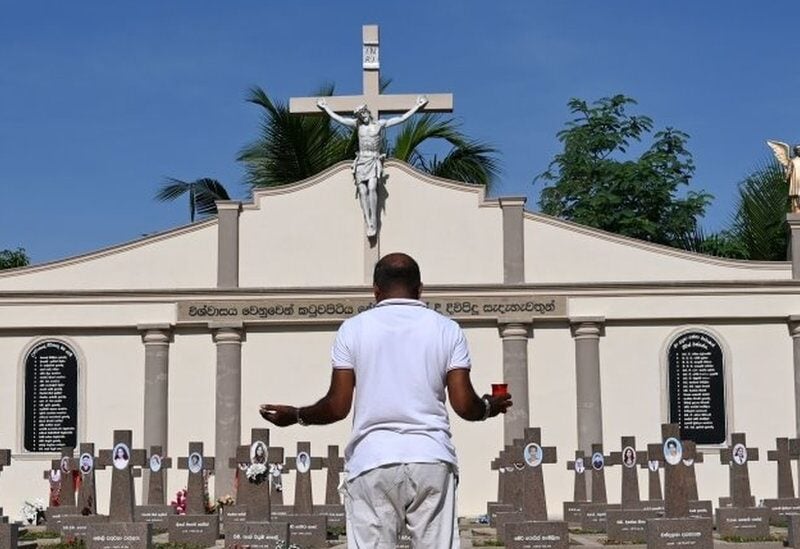 A silent Black Sunday protest has been held today demanding the government  to find the perpetrators of the deadly 2019 Easter Sunday attacks.

No one has been prosecuted over the bombings at three hotels and three churches in Colombo that killed 279 people on April 21, 2019, although a local investigation found that followers of an armed group were behind them.

In a report published last month, the inquiry set up by former President Maithripala Sirisena said he and his intelligence chiefs should be charged for failing to prevent the attacks.

“Our effort is to establish who was actually behind the attacks,” Catholic leader Cardinal Malcolm Ranjith said in a statement on Sunday. “This is not an issue only for Catholics. All Sri Lankans suffered after this attack.”

Last week, Ranjith told a press conference he was unhappy with the lack of progress in the inquiry, and laid out an ultimatum.

“If the authorities fail to come up with answers as to who was behind the attacks by the second anniversary of the bombings, we will call for a nationwide black-flag campaign,” he said.

The campaign would involve Sri Lankans flying a black flag above their homes as a sign of protest, the cardinal added.

Several Buddhist monks joined Ranjith and other protesters outside St Anthony’s church, one of the sites attacked, carrying banners calling for justice.

“Who ran the operation behind the curtain” and “Will the law be enforced against those who were found to be negligent” were some of the banners present at the protest.

At St Sebastian’s Church in Negombo, a predominantly Catholic area north of Colombo where 115 people were killed in the Easter attacks, parishioners attended mass on Sunday dressed in black and held placards outside the church in a silent “Black Sunday” protest.

“The main purpose of this is to show the people and our rulers that justice has not happened for the victims of the Easter attacks,” said Auxiliary Bishop the Reverend Maxwell Silva.

“We believe the commission report is not genuine and it did not do any justice to those who suffered,” said Manilal Ranasinghe, who attended Mass at St Mary’s Church in Dehiwala, south of Colombo.

In January this year, the US Justice Department charged three Sri Lankans with supporting terrorism for their alleged participation in the attacks, which were claimed by the ISIL (ISIS) group.

All three are in custody in Sri Lanka but have not been charged locally. The Justice Department said it would support their prosecution in the country.

At least 45 foreigners, including five Americans, were among those killed.