A Brazilian town empties as migration to U.S. accelerates 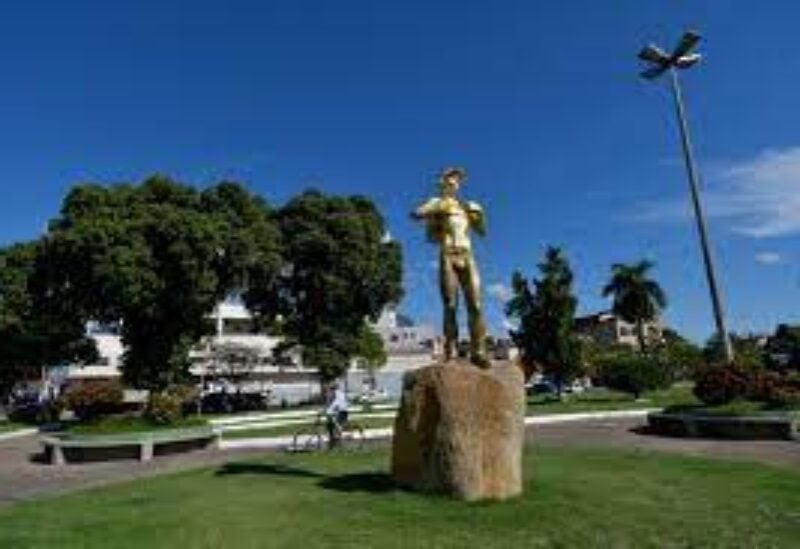 Ana Paula Souza, her husband, and their young boy set left for the United States amid heartbreaking goodbyes, one of hundreds of families to leave the small Brazilian village of Alpercata in recent months.

Alpercata, located in the highlands of southern Minas Gerais state, has been transporting its residents north for decades. However, as people deal with a pandemic that has destroyed employment, weakened Brazil’s currency, and caused double-digit inflation, a piecemeal departure from this impoverished okra-farming region has turned into an exodus.

According to municipal data, hundreds of homes in Alpercata, a town of about 7,500 people, have taken their children out of school and sold their possessions this year to fund their voyage to the United States. The town bakery is in need of assistance. Civil servants have resigned from their positions. Local soccer teams are nearing capacity.

“Alpercata is emptying out,” Souza, 23, remarked. “Everyone is packing their belongings.”

She currently lives in Orlando, Florida, where she bakes cakes to augment her husband’s construction wages and pay off a $15,000 debt they incurred to employ a people smuggler.

The rush from Alpercata and other adjacent villages highlights the continuing effects of a pandemic that has killed more than 600,000 people in Brazil, ranking second only to the United States.

It also reflects this year’s broader jump in U.S.-bound migration from Latin America, an unequal, violent and poorly governed region hit hard by the virus. Record numbers of Brazilians, Haitians and Venezuelans are turning up at the southern U.S. border, swelling the ranks of hopefuls from traditional migration hot spots like Mexico and Central America.

Brazilians ranked No. 6 among the nationalities detained there in the 2021 fiscal year, U.S. Customs and Border Protection (CBP) data show. A record 56,735 were stopped, adding to pressure on U.S. President Joe Biden to halt the flow.

It won’t be easy. A booming U.S. job market and a strong dollar that makes remittances sent back to Brazil stretch farther are proving hard to resist.

Unlike previous migration waves, dominated by poor young men who quickly returned home, this one is drawing white-collar workers who will be harder for Brazil to replace, officials, academics and police told Reuters. Nurses, engineers and even city officials with guaranteed jobs are leaving – many with no plans to return. In Alpercata, nearly 5% of the 162 employees at the mayor’s office, the town’s top employer, fled to the United States this year, officials said, citing municipal data.

Many are taking their families, capitalizing on a U.S. asylum policy that allows some nationalities, including Brazilians, to remain in the United States while they pursue their claims, a legal process that can take years. Fully 99% of Brazilian families who were apprehended at the U.S. southern border in fiscal 2021 gained entry to pursue cases in immigration court, CBP data show.

The fallout can be seen in Alpercata’s municipal schools, which have lost 10% of their 926 students so far this year, said Lucélia Pimentel, the town’s education secretary. More are leaving by the day, she said.

Many of these families end up joining Brazilian diaspora communities in Florida or Massachusetts, snapping up some of the near-record 10.4 million jobs currently unfilled in the United States.

“The Americans don’t like to work so there are lots of jobs for immigrants,” said Souza, the recent Orlando transplant.

Signs of Alpercata thinning out are plain to see.

On the grounds of the mayor’s office, where mangoes dangle like Christmas ornaments from a thicket of dark green fruit trees, a backhoe sat idle in early November. Officials said the machine had been unused since its sole trained operator emigrated a few weeks earlier.

Up in his second-floor office, municipal Sports Secretary Jorge Estefesson showed a visitor a wall adorned with photos of former Alpercata soccer teams. Rattling off names, he pointed to over a dozen players who now live in the United States.

Estefesson said he was struggling to find adult players for the annual soccer tournament. Kids are dwindling too. He said 60 children are registered for his soccer school, down two-thirds from five years ago.

“We’re scared that in the future, we’re going to be an elderly city without young people,” he said.

Officials in Washington also are concerned.

Most Brazilian migrants reach the United States via Mexico, where they enter visa-free as tourists. Some catch flights to Mexican border cities before handing themselves over to U.S. authorities to claim asylum. To halt their path to the border, the United States has been pressuring Mexico to end visa exemptions for Brazilians, Reuters reported last month.

On Friday, Mexico did just that, saying that by mid-December it would require all Brazilians to secure visas in order to gain entry to Mexico. Brazilians arriving by land or sea must obtain traditional visas, which require them to visit a Mexican consulate; air travelers can apply online for a so-called electronic visa.

Such action has been effective in dissuading other would-be migrants. The number of Ecuadorians detained at the U.S. southern border has plummeted since September, when Mexico began requiring visas for visitors from that South American country. In October, 743 Ecuadorians were apprehended, compared to over 17,500 in August, CBP data show.

Police allege that many of the country’s top coyotes hail from the region of eastern Minas Gerais that includes Alpercata. They’re now expanding aggressively into far-flung new territories in Brazil’s north and west, places with no long-standing tradition of U.S. migration, according to federal police in Governador Valadares, a city of nearly 300,000 people a half-hour drive from Alpercata.

“This is now a nationwide market,” said federal Detective Cristiano Campidelli, a former chief of the Governador Valadares office who has tracked the illicit trade.

Still, the epicenter for now remains Minas Gerais, a mineral-rich state whose ties to the United States can be traced to the U.S. search for mica used in planes and radios during World War II. Almost everyone in this part of the country has a relative in Boca Raton or Boston, according to Andre Merlo, the mayor of Governador Valadares. Locals have nicknamed the city “Valadolares” for the dollars earned by emigres and sent here as remittances.

A strong U.S. currency is an added lure for migrants. The dollar is up more than 50% against the Brazilian real since late 2018, when right-wing President Jair Bolsonaro was elected.

Migration has surged on his watch, with the number of Brazilians detained at the southern U.S. border rising more than 3,500% over the same period. Brazilians abroad are now wiring $300 million to $400 million back home each month, according to central bank data, up from $200 million to $300 million a month during the first two years of Bolsonaro’s presidency.

Although these dollars are welcome, Governador Valadares now lacks engineers and healthcare workers, according to Merlo, the mayor.

In tiny Alpercata, even the pão de queijo – Brazil’s famous cheese bread – is under threat.

Near an evangelical church whose logo is emblazoned with a U.S. flag lies the Chega Mais bakery. Owner Valquiria Ribeiro said she’s struggling to retain trained breadmakers; she has lost three to the United States since the pandemic began.

Over at one of Alpercata’s middle schools, janitor Egnalda Oliveira is laying the groundwork for her own journey north.

A single mother of a teenage boy, she said the deaths of her husband and parents, coupled with a sharp rise in inflation, had left her struggling to make ends meet. Mother and son recently obtained their first passports, pleasing 16-year-old Lucas, who has watched many of his friends depart.

“If I could leave tomorrow, I would,” Oliveira said.