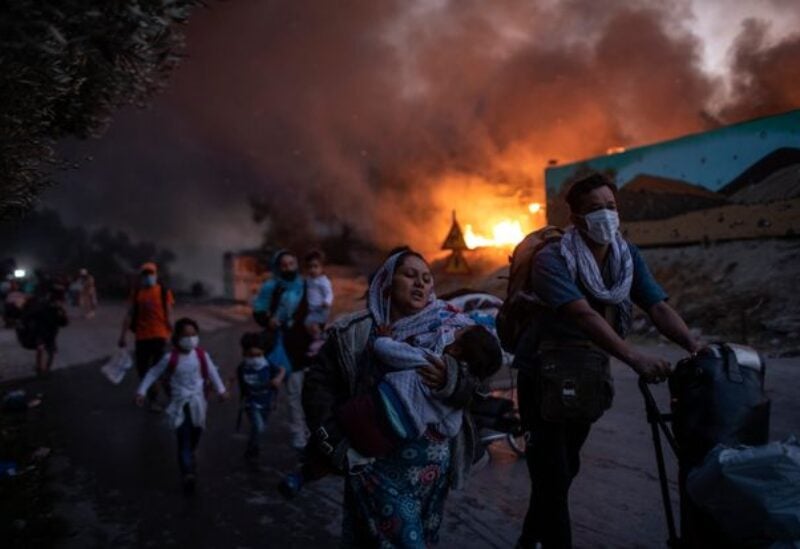 The Greek  Lesbos court  has sentenced two Afghan youths for five years in prison for starting a fire that burnt down Europe’s largest migrant camp last year on the island of Lesbos, lawyers said on Wednesday.
The court handed down the sentences late on Tuesday after a six-hour session, the local bar association told AFP.
Two consecutive fires in September destroyed the Moria camp on Lesbos, where migrants had been held in squalid conditions for years.
Nearly 13,000 people including families with young children, pregnant women and older people were left sleeping on roadsides for days until another tent camp could be erected.
The two Afghans were 17 years old at the time of their arrest, said Legal Center Lesvos, a civil organization that offers legal support to asylum seekers and represented them at the trial.
The group said there had been a “lack of credible evidence” presented and that it would work to overturn the verdict on appeal.
“While we are disappointed with today’s result, things could have been much worse for the two young men,” the group said in a statement.
“The arson conviction alone could have carried a sentence of up to 10 years in prison.”
Four other youths detained in connection to the incident still await trial.
Fires have regularly broken out in Greek migrant camps and squats, usually by accident but occasionally set by residents in protest at living conditions and the rejection of their asylum claims.