A ‘NATO’ for the Middle East? 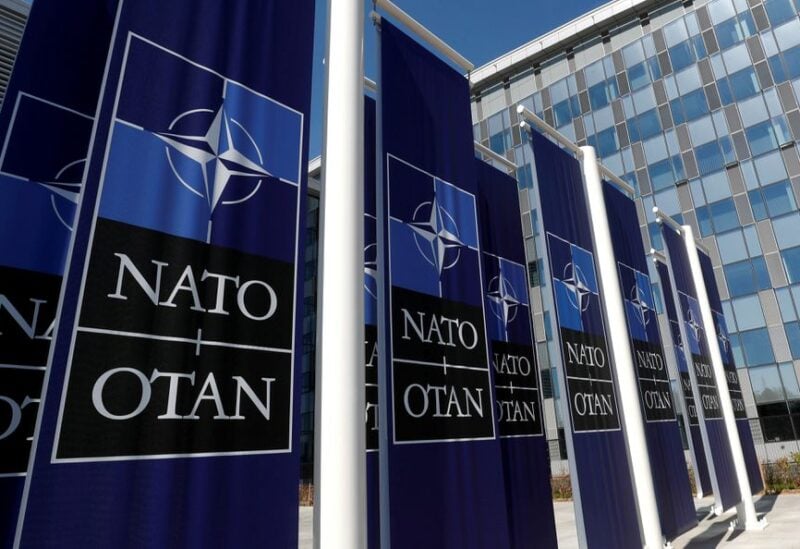 Rumors about an “Arab NATO” are circulating lately, but such an alliance will include Israel signaling next steps in better ties between Israel and Arab neighbors. But are the rumors real?
Late last week, the king of Jordan made headlines when he told journalists that he would support a military alliance in the Middle East that was similar to NATO.

“I would be one of the first people that would endorse a Middle East NATO,” King Abdullah II told US media outlet CNBC. “All of us are coming together and saying, ‘How can we help each other?’ … which is, I think, very unusual for the region.”

Similar rumors about the creation of an “Arab NATO” also came from other quarters.

Earlier last week, Israel’s defense minister, Benny Gantz, said Israel had joined a new US-led network that he called the Middle East Air Defense Alliance, or MEAD. Gantz did not specify which Arab nations might also be involved. International media outlets, including Reuters and The Associated Press, were unable to fully verify the Israeli announcement or the title.

Then at the start of this week, The Wall Street Journal reported on secret meetings held in Egypt that saw military officials from Israel, Saudi Arabia, Qatar, Jordan, Egypt, the United Arab Emirates and Bahrain come together to discuss cooperating on defense.
There are some good reasons for the creation of an “Arab NATO.”

The US, a primary guarantor of security in the Middle East, has been slowly withdrawing from the region for several years now, Ahmed el-Sayed Ahmed, an expert at the Al-Ahram Centre for Political and Strategic Studies in Cairo, told DW.

“Arabs are increasingly aware that their past bets on Western powers, especially the US, may not have been successful,” he said. “Now there’s a different approach to dealing with regional problems in order to achieve stability and improve the economy, especially after the COVID-19 pandemic and in light of [instability caused by] the Ukraine war. This attitude may best be described as the desire to have no problems in the region.”

The fact that Israel is involved is also noteworthy. Arab nations who fear aerial attack from Iran or Iranian proxies would like to share in Israel’s sophisticated air defense capabilities.
And, Ahmed suggested, “the goal may also be to integrate Israel into a military alliance in the Middle East.” This would be a continuation of the improved contacts between Israel and its Arab neighbors that began with the so-called Abraham Accords in 2020, he said. The latter have led to a “normalization” of relations between Israel and some Arab nations.

What would an ‘Arab NATO’ look like?
Experts say any such defensive alliance is most likely to include the states that already have a relationship of some sort with Israel. That includes the signatories to the Abraham Accords — the UAE, Bahrain, Sudan and Morocco — as well as Jordan and Egypt, countries that already have existing diplomatic ties with Israel.

Saudi Arabia, Oman, Qatar and Kuwait could also play a role in the alliance, and the US, widely seen as brokering such a deal, would certainly also be involved.
Despite all of the conjecture though, observers advised caution, telling DW that it was unlikely that the Middle East would see the emergence of a genuine NATO-style allegiance anytime soon.

“There is a greater push towards broader regional cooperation at the moment,” agreed Becca Wasser, a fellow for the defense program at CNAS, the Center for a New American Security, a Washington-based think tank. “But I still think that this idea of an ‘Arab NATO’ is a bridge too far.”

“The idea of ​​an ‘Arab NATO’ has been put forward many times,” the Al-Ahram Centre’s Ahmed noted. “But to this day, it has never crystallized, and I think that, at least in the short term, it will not.”

The US — a major security guarantor in the Middle East, especially among the oil-producing Gulf states — has actually encouraged this kind of defense cooperation for decades.

For example, in the 1950s, there was the Central Treaty Organization, or CENTO, formed to counter possible Soviet expansion in the region. But it was never considered particularly effective and was dissolved in 1979.

Most recently, the US government under former President Donald Trump touted a Middle East Strategic Alliance, or MESA. The US under Barack Obama also had versions of such an alliance. Current US President Joe Biden is expected to discuss this topic during his upcoming visit to Saudi Arabia and Israel.

In the past, none of the plans for an “Arab NATO” were ever particularly successful. And in fact, many of the same conditions that caused them to fail still exist today.