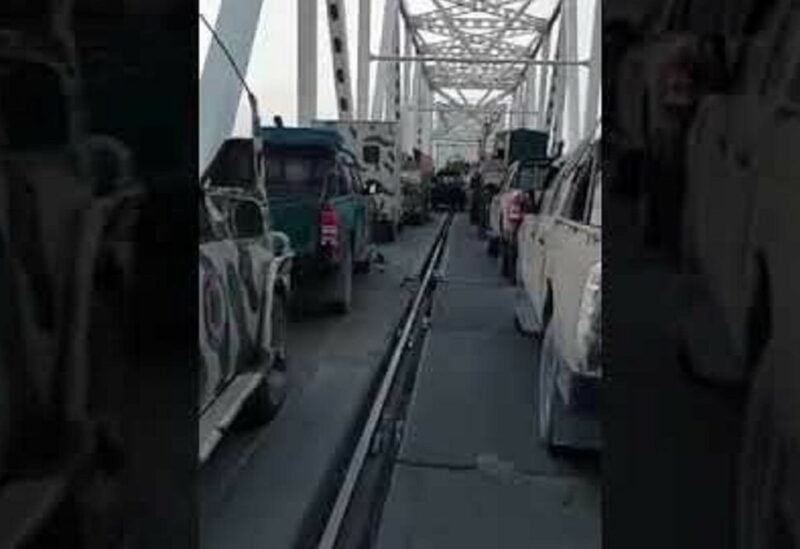 Transport trucks returning to Uzbekistan from Afghanistan are stuck at the border as abandoned Afghan vehicles created a gridlock near a bridge that connects the two countries, a video footage of the scene that emerged on social media on Wednesday revealed.

The footage shows abandoned cars, including military ones, near the so-called Afghanistan–Uzbekistan Friendship Bridge, between the cities of Termez and Hairatan. Last week, the Uzbek Foreign Ministry said that people had gathered on the Afghan side of the bridge on 14 August in the wake of the fall of Mazar-i-Sharif, the capital of the Balkh province. On Monday, the situation returned to normal as the Afghan nationals left the area.

​A truck driver who posted the video noted that the space between the customs building and the bridge is packed full of abandoned cars, preventing him from returning home. He also noted that there were people walking around and collecting weapons left in the vehicles.

On Sunday, as the US forces move close to finishing their withdrawal, the Taliban completed their takeover of Afghanistan by entering Kabul, which led to the collapse of the US-backed civilian government. This development appeared to be forcing desperate Afghans to seek escape out of fear of persecution by the Islamist movement.

Afghanistan: Abandoned equipment of General Dostum's units on the very "Friendship Bridge". Most of his people moved to Uzbekistan.#Talibans pic.twitter.com/wlcpHPJXFo