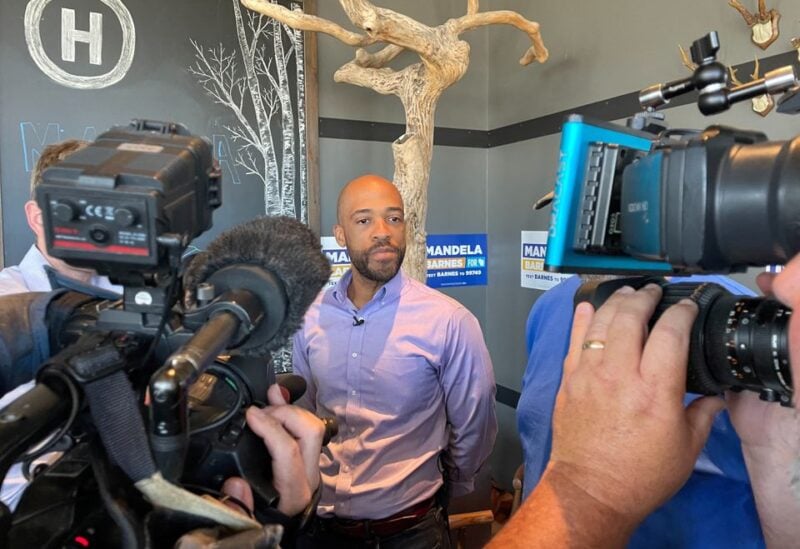 Nicole Slavin was a reliable Democratic voter in a conservative region of Wisconsin, but she understood that voting wasn’t enough once the state’s abortion access evaporated virtually suddenly.

Slavin, a business development director, used her network of contacts to rally a group of women from different political parties in support of Mandela Barnes, a Democrat who supports abortion rights. She knocked on doors for Barnes and organized a fundraiser for him last week at a Green Bay brewery that gathered more than 100 women.

“There’s no option of staying quiet and sitting down anymore,” said Slavin, 48.

Evidence is building that a wave of women voters might be the difference-maker if Democrats are to keep their Senate majority and stem their expected losses in the House of Representatives in the Nov. 8 midterm elections.

Wisconsin is one of several states where voter registrations among women have surged since the U.S. Supreme Court overturned Roe v. Wade in June. That decision gutted national protections for abortion and left an 1849 law outlawing most abortions in Wisconsin on the books, prompting the state’s four abortion clinics to end the procedure.

Women have outpaced men in new registrations in Wisconsin by almost 10%, according to an analysis by the Democratic data firm TargetSmart. Women vote at a greater rate than men in presidential elections, but that gap narrows in midterms.

The battleground state is critical to Democrats’ hopes of holding onto their slim majority in the Senate. If Barnes can defeat incumbent Republican Senator Ron Johnson, it would provide a cushion should the party lose a seat in a state such as Nevada or Georgia.

The Senate Majority PAC, an outside group that supports Democratic candidates, made Johnson the target of the first abortion-centered TV ad it aired after the Supreme Court’s ruling. On Friday, the group launched a new abortion ad aimed at Johnson as part of a $1.6 million buy. The ad will run in Green Bay, among other markets.

“We are seeing these voters now pivoting to some level of action,” Bonier said.

Adrianna Pokela, 23, said she cried after Roe’s overturn. She will vote in her first midterm election this November and is trying to convince others of her generation to do the same.

In July, she helped plan a protest march in Green Bay that drew several hundred people.

“I am working my butt off to find ways to express the importance of this election,” Pokela said.

Opinion surveys show the issue of abortion is rising in importance for Democratic voters in an election cycle dominated by concerns over inflation.

A Wall Street Journal poll released last week found support for legal abortion had grown nationwide since the court’s decision and that more than half of voters surveyed said the issue had made them more motivated to vote in November.

After voters in Kansas last month defeated Republican efforts to ban abortion in that state, Democrats have zeroed in on women as the voters most likely to help prevent a Republican takeover of Congress.

The advocacy group Galvanize Action released nine digital ads about abortion rights in Wisconsin aimed at moderate white women, one of the state’s largest voting blocs. The group has survey data that says that those women, many of whom are not traditional Democratic voters, can be persuaded to vote for a candidate who supports abortion rights.

Jackie Payne, the group’s executive director, said the ads’ messages revolve around compassion for women and keeping government out of personal healthcare decisions.

“You have to connect to voters at their values,” Payne said. “And then get them to turn out.”

Another group, Democratic Messaging Project, has posted a billboard off a major highway in downtown Milwaukee that reads, “ABORTION GONE, IS BIRTH CONTROL NEXT?,” one of 10 billboards the group will have in the state by week’s end.

Barnes, Wisconsin’s lieutenant governor, released a TV ad in which his mother spoke of having an abortion due to medical complications that put her health at risk.

“It’s about personal freedom that has been taken away by the Supreme Court,” Barnes said in an interview. “People are fired up.”

His campaign believes Johnson, a two-term incumbent, is vulnerable on the issue.

Johnson has said he supports making abortion illegal, with exceptions for rape, incest and to protect the mother’s health. He has said he does not favor a federal abortion ban.

But Johnson’s campaign rarely talks about abortion. Instead, it has tried to pin Barnes to high crime rates in Milwaukee, branding him a supporter of liberal criminal justice policies.

Analysts say Johnson may be more in danger than in past years because of his support for former President Donald Trump’s bogus election fraud claims, which could alienate moderate voters. Polls show a tight race.

Peggy Phillips, 66, who came out to see Barnes in Green Bay and described herself as an independent, said she was leaning toward backing the Democratic candidate. The main reason, she said, was abortion.