About 12,500 people evacuated from Afghanistan on August 26: White House 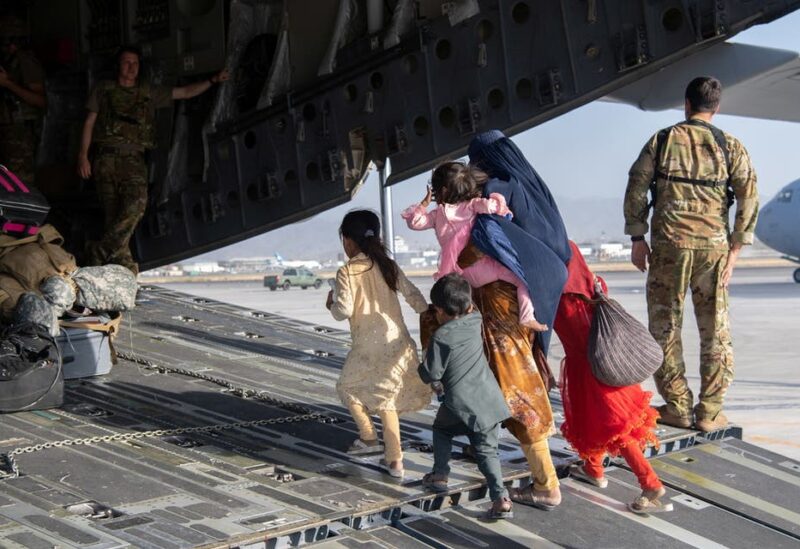 About 12,500 people were evacuated from Afghanistan on Thursday, raising the total evacuees since the Taliban took over on Aug. 14 to about 105,000, the White House said on Friday.

About 5,000 of those were evacuated on Thursday evening, according to the White House tallies.

In the past 12 days, Western countries have airlifted nearly 100,000 people. But they acknowledge that thousands will be left behind when the last US troops leave at the end of the month.

US forces helping to evacuate Afghans desperate to flee Taliban rule were on alert for more attacks on Friday after at least one ISIS suicide bomber killed 95 Afghans and 13 US soldiers outside the gates of Kabul airport.

Two blasts and gunfire rocked the area outside the airport on Thursday evening, witnesses said. Video shot by Afghan journalists showed dozens of bodies strewn around a canal on the edge of the airport.

A health official and a Taliban official said the toll of Afghans killed had risen to 72, including 28 Taliban members, although a Taliban spokesman later denied that any of their fighters guarding the airport perimeter had been killed.

The US military said 13 of its service members were killed and 18 wounded in what it described as a complex attack.

ISIS, an enemy of the Taliban as well as the West, said one of its suicide bombers targeted “translators and collaborators with the American army.”

It was not clear if suicide bombers detonated both blasts or if one was a planted bomb. It was also not clear if ISIS gunmen were involved in the attack or if the firing that followed the blasts was Taliban guards firing into the air to control crowds.

US forces are racing to complete their withdrawal from Afghanistan by an Aug. 31 deadline set by President Joe Biden.

He says the US long ago achieved its original rationale for invading the country in 2001: to root out al-Qaeda militants and prevent a repeat of the Sept. 11 attacks on the US that year.

Biden said he had ordered the Pentagon to plan how to strike ISIS-K, the ISIS affiliate that claimed responsibility.