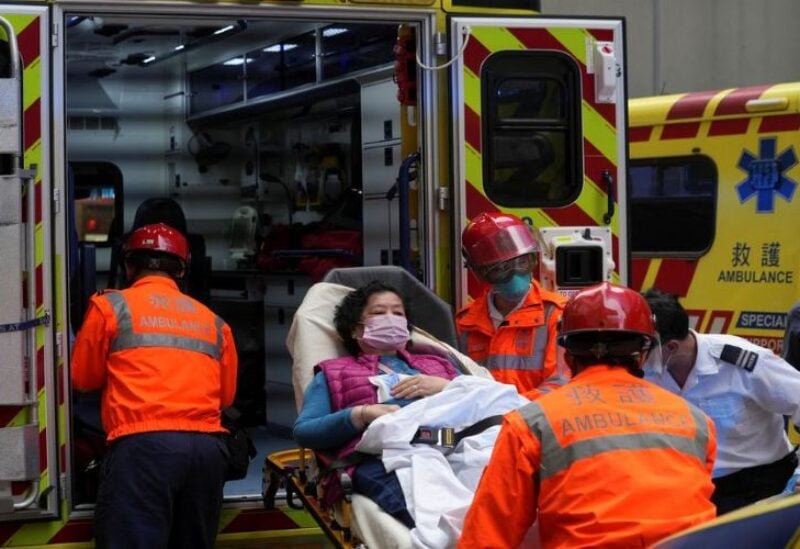 Rescue workers carry a victim to an ambulance after a fire broke out at the World Trade Centre in Hong Kong, China

According to authorities, around 150 people were stranded on the top of Hong Kong’s World Trade Centre on Wednesday when a fire broke out in the building, which is located in the popular business and shopping district of Causeway Bay.

According to the administration, firefighters were battling the blaze with two water jets and using ladders and breathing equipment to rescue anyone trapped.

According to RTHK, when the fire broke out and smoke filled the dining area, around 100 people were evacuated from a restaurant on the 39th level.

According to authorities, seven women and one guy were among the eight persons sent to the hospital, one of them was semi-conscious.

Outside the building, the scene was calm after firefighters cordoned off the area.