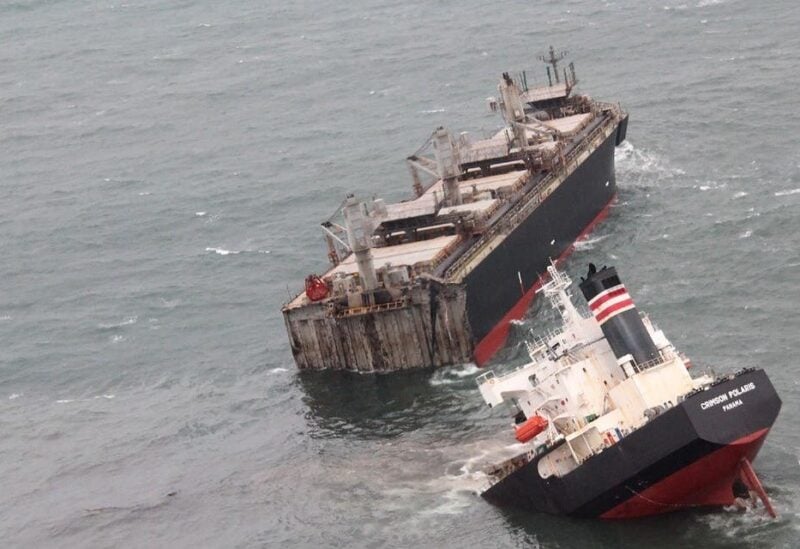 A cargo ship ran aground and broke into two off northern Japan, the coastguard said on Thursday, with the crew of the Panama-flagged vessel taken to safety.

Aerial images showed the separated stern of the Crimson Polaris tipped upwards and the other part of the stricken boat listing into the sea.

A fuel leak from the ship has spread around 24 kilometers (15 miles), a coastguard spokesman told AFP, but the extent of any environmental impact was unclear.

“Crimson Polaris ran aground in Hachinohe port in Aomori,” said the spokesman, who declined to be named.

“All the 21 crew members — Chinese and Filipino — were rescued safely,” he said.

Three patrol boats and three aircraft were dispatched after the ship ran aground on Wednesday in the port off Japan’s northeastern coast.

Authorities were trying to contain the oil leak but had not yet been able to erect an oil fence around the boat, the spokesman said.

“The patrol boats will operate overnight” to avoid collisions, he said, adding that no other ship was known to be involved in the accident.