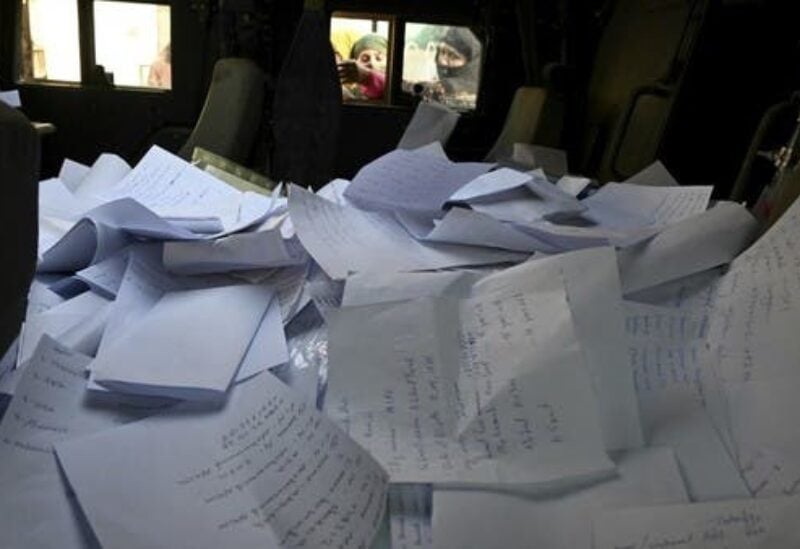 “Every effort” was made to destroy sensitive material when British embassy staff evacuated their Kabul building as the Taliban approached, the Foreign Office has said.

It comes after a report in the Times said documents with contact details of Afghans working for the UK had been found “scattered on the ground”.

The Foreign Office said three families in the story had been helped to safety.

It added staff had worked “at pace as the situation in Kabul deteriorated”.

But Labor’s shadow foreign secretary, Lisa Nandy, said the incident “raised serious questions” about what her government counterpart, Dominic Raab, had been doing in the hours before Kabul fell to the Taliban.

The UK relocated its embassy in Kabul to a secure location near the airport on 13 August as Taliban fighters approached Afghanistan’s capital.

The Foreign Office had already been advising British nationals to leave the country and was continuing to relocate former Afghan staff and their families to the UK under a policy announced in May.

According to the Times, the documents identifying Afghan workers and job applicants were discovered on Tuesday this week on the ground at the embassy compound, which by then was occupied by the Taliban.

The papers are said to have featured the name and address of seven staff members – including the holder of a senior post – as well as the contact details, work history and addresses of people who had applied for interpreter jobs.

Some of the staff have since been evacuated to the UK, but the fate of at least two staff is not known, reported the Times.

Three Afghan staff and eight members of their families, including five children, were later tracked down by the UK, it said.

A Foreign Office source said the department was “grateful to the Times for sharing the information retrieved with us and working with us to enable us to get these three families to safety”.

In a statement, an FCDO spokesperson said: “We have worked tirelessly to secure the safety of those who worked for us including getting three families to safety.

“During the drawdown of our embassy, every effort was made to destroy sensitive material.”

Parliament’s Foreign Affairs Select Committee has already announced it is launching an inquiry into the Foreign Office’s response to the situation in Afghanistan.

Foreign Secretary Dominic Raab is due to be questioned by MPs on 1 September.

In a tweet, committee chairman MP Tom Tugendhat referred to the report in the Times about the documents found in the embassy grounds. He said the way the Foreign Office “handled this crisis” will be the subject of the inquiry, adding: “The evidence is already coming in.”

Labour’s Ms Nandy said the foreign secretary had “serious questions to answer” when he appeared before MPs.

“The destruction of sensitive materials and the safe evacuation of the embassy should have been a top priority,” she added.

“The government must urgently assess the individuals who have been exposed by this breach, whether ongoing British operations have been compromised and what other sensitive materials may have fallen into the hands of those who wish to do us harm.”

The chair of the Commons Defense Committee, Tory MP Tobias Ellwood, has also confirmed to Sky News that his group will hold its own inquiry into the UK’s part in the war in Afghanistan, and its exit.

Liberal Democrat leader Sir Ed Davey has written to the prime minister calling for an immediate inquiry into what he said was the biggest British foreign policy disaster since the Suez Crisis of 1956.

He said: “With thousands of Afghans who supported us now trapped under the brutal Taliban regime, serious questions need to be answered about why things turned out the way they did and what could have been done differently.

“Why did we wait so long to start evacuating interpreters? Why did the foreign secretary go on holiday as the Taliban advance began? And how did UK intelligence get the situation so badly wrong?”

On Friday the MoD said the UK had entered the final stages of its Kabul evacuation and no more people would be called to the airport to leave.

Figures released by the Ministry of Defense on Thursday night showed 13,146 individuals had been flown out by the UK so far