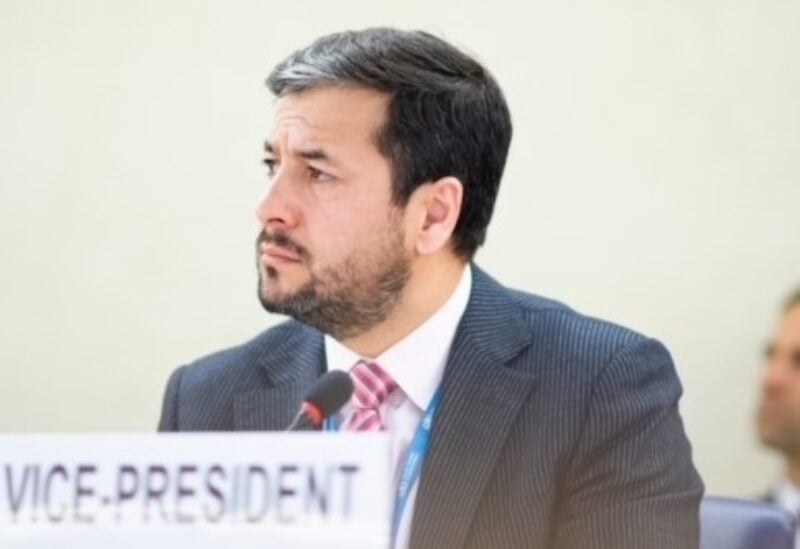 Afghanistan’s ambassador to the UN, Nasir A. Andisha

“It is very important  to make every effort to prevent further atrocities and human rights violations in the country, “ Afghanistan’s ambassador to the UN in Geneva told a preparatory session for a special Human Rights Council debate on his country on Tuesday

Nasir A. Andisha – who took his post in April 2019, under the government that largely fled the country when the Taliban took the capital Kabul last week – was speaking in support of the council’s special session to address “the serious human rights concerns and situation in Afghanistan.”

The meeting was called after a joint request by Pakistan, the Organization of Islamic Cooperation (OIC) coordinator on human rights and humanitarian issues, and Afghanistan and has the backing of 29 nations in the 47-stong council.

The hybrid virtual meeting will take place at Geneva’s Palais des Nations with the support of Turkey and the US along with a diverse group of nations including Azerbaijan, Belgium, Egypt, Greece, Kazakhstan, Norway, Saudi Arabia, Tajikistan, the United Arab Emirates, and Palestine.

It will also take place in the shadow of last week’s capture of Kabul and an uncertain future. Taliban representatives have said no one need fear their rule – in what appears to be a break from their heavily criticized reign in 1996-2001 – while Western leaders have voiced skepticism and vowed vigilance.

Addressing developments pre-dating the Kabul takeover, Andisah said there as a “need for a robust mechanism” following events such as the attack on a maternity hospital and also on a girls’ school in Afghanistan this May.

The ambassador said there were also “subsequent sharp increases in target killing and other terrorist activities in Afghanistan against journalists, human rights defenders, scholars and the Afghanistan Independent Human Rights Commission” in recent months in 2021.

“I urge that in this grave moment, we will take action which could be commensurate with the gravity of situation of human rights in Afghanistan to send a strong message … to the Afghan people” said Andisah, calling for a focus on past violations and abuses of human rights violations.

In his remarks, Pakistan’s Ambassador to the UN in Geneva Khalil Hashmi urged all parties to refrain from violence and “fully abide by their obligations under the international human rights and humanitarian laws.”

“It is therefore important and imperative that foreign parties engage in meaningful dialogue and negotiations to find adjust, durable and political settlement of the protected on the ground people have for too long suffered from more conflict and instability,” he said.

The UN high commissioner for human rights will be one of the first persons to address the council on Tuesday on “the serious human rights concerns and situation in Afghanistan.”

The draft resolution “expresses grave concerns over all violations and abuses of human rights and violations of international humanitarian law in Afghanistan.”