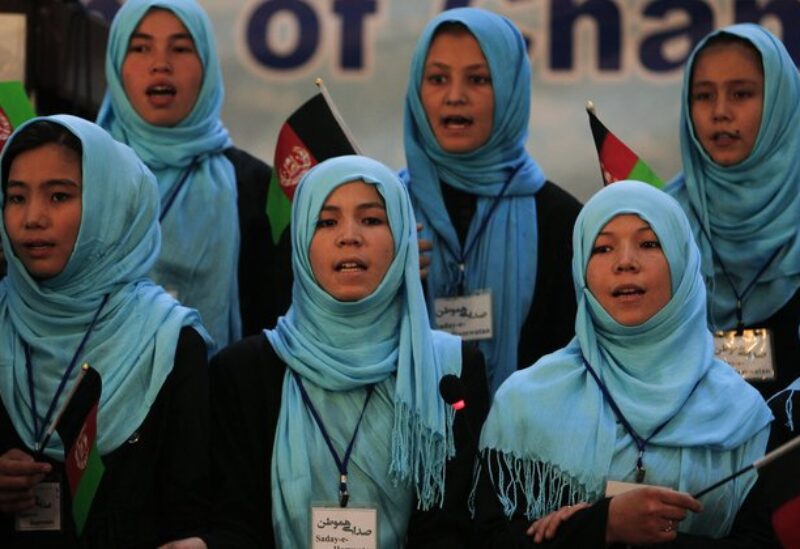 Afghanistan’s Education Ministry on Monday rejected a ban barring schoolgirls aged 12 and above from singing in public, backtracking on its previous order, which drew sharp criticism at home and abroad.

“The letter issued recently by the education department of Kabul city does not reflect the stance and official policy of the Education Ministry,” Najiba Aryan, a ministry spokesperson, told Arab News.

“The Education Ministry is assessing the issue, will share its findings and, if need be, will also take disciplinary action,” she added.

The nationwide decision was disclosed on March 10 in a leaked letter from Ahmad Zamir Kawara, Kabul’s director of education, asking “all public, private and supplementary schools to ban schoolgirls 12 and older from performing in music choirs in any ceremony and public programs.”

The letter warned that school principals would be punished if schools did not follow the order. It stated that teenage schoolgirls could only perform in choirs for female audiences and could not be trained by male tutors.

Kawara could not be reached for comment when contacted by Arab News on Monday.

Taking umbrage over the leaked document, women’s rights activists decried the order, which followed another one issued three months ago calling for young children to be taught at local mosques “to strengthen their Islamic knowledge.”

The move was seen by many as part of Kabul’s campaign to boost its religious credentials with the Taliban ahead of crucial talks on the future of Afghanistan.

The ban on public singing by young girls also fueled the fears of several educated Afghan women who said that their hard-won gains for freedom, since the Taliban’s ouster in late 2001, could be lost in an upcoming deal with the insurgent group even as the US eyes a total withdrawal of troops from Afghanistan by May 1, amid pressure on Kabul and the Taliban to form a new government.

Campaigners’ reactions opposing the government’s latest move were trending on social media over the weekend, with #IAmMySong gaining traction on Twitter and prompting a few Afghan girls to perform and upload their favorite songs on camera.

Freshta Karim, one of the campaigners, had tweeted earlier for “the order to be immediately reversed.”

“The ministry must give an explanation of why they made such a decision,” she said.

On Monday, she commended “fellow citizens for standing against discrimination.”

Ahmad Sarmast, founder and director of the Afghanistan National Institute of Music, tweeted: “Access to music and joining choirs is one of the basic human rights. No discrimination and prejudice can stop girls from joining choirs and having access to training for this high-value art.”

Experts said that the government’s U-turn stemmed from fear.

“Kabul had to reverse the ban because of public reaction and fear of losing international aid as a result,” Taj Mohammad, a Kabul-based analyst, told Arab News.

“The Ministry of Education now seems to be denying responsibility for the order banning girls from singing, but it raises questions as to why this clarification did not come earlier and why it conflicted with earlier statements,” she told Arab News.

“The ministry has a serious credibility problem after its effort in December to launch a policy holding primary school classes in mosques. These two incidents highlight the activism of Afghans who care about the rights of girls and who have pushed back hard and made the ministry back down,” she added.