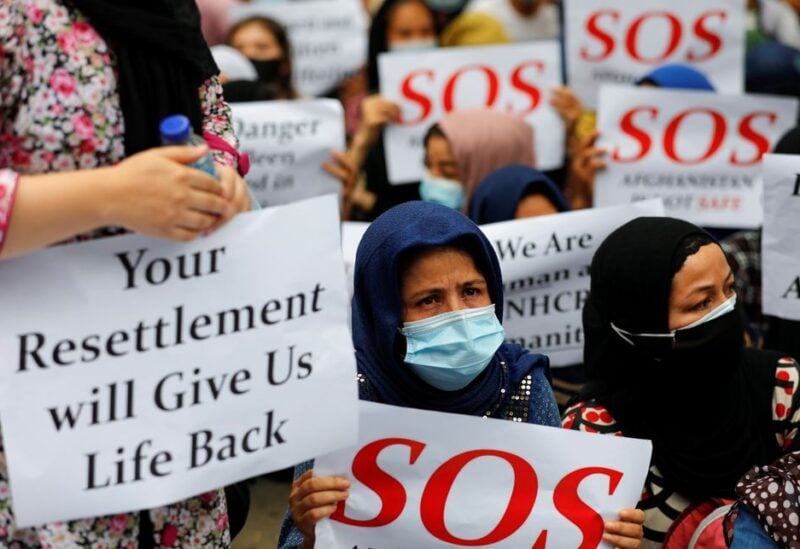 Hundreds of Afghan refugees protested in Indonesia on Tuesday against a prolonged resettlement process, saying they needed to be offered new homes now that repatriation was out of the question with the return of the Taliban.

Thousands of refugees from Afghanistan, most of them from the Hazara ethnic minority, who have long been persecuted by the Taliban, have lived in Indonesia for years as they await resettlement in third countries such as Canada or Australia.

On Tuesday, hundreds gathered outside the office of the United Nations High Commissioner for Refugees (UNHCR) in the capital, Jakarta, despite coronavirus restrictions prohibiting demonstrations, to demand that their cases be expedited.

“In the past year the UNHCR has been telling us there is only one percent chance of resettlement,” refugee Hakmat Ziraki told Reuters.

“Today we come here to ask ‘what is your answer now? Are you still encouraging voluntary repatriation?’.”

“Our people are dying every day,” he said. “We need some justice, we need resettlement.”

A spokesperson for the UNHCR said that the situation in Afghanistan did not have any impact on the status of refugees in Indonesia or elsewhere and their resettlement program was going on as usual.

Indonesia is not a signatory to the 1951 U.N. Convention on Refugees and is predominately seen as a transit country for those seeking asylum to a third country.

Tuesday’s protest saw minor scuffles between police after demonstrators were warned to disperse given the public health risks, with the capital still recovering from a wave of coronavirus infections.