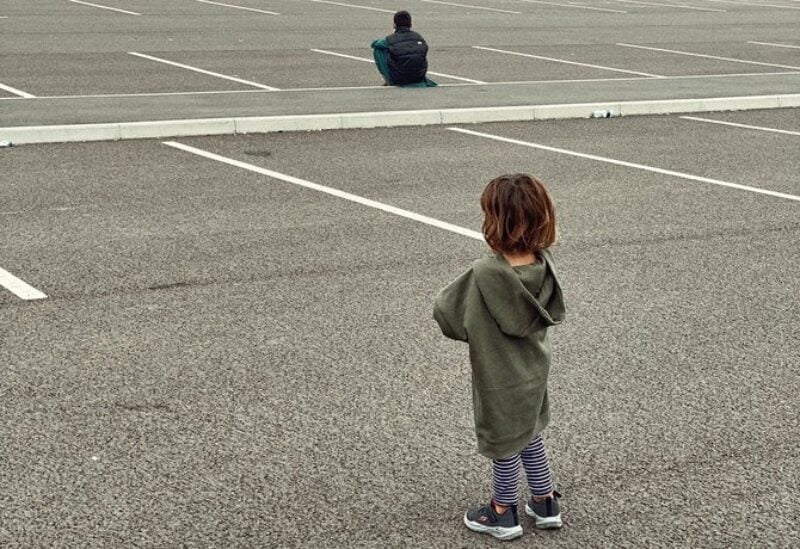 Afghan refugee children in a hotel carpark in London

It is “like being in prison,” said Afghan nationals evacuated to the UK in the wake of the Taliban takeover of the country, as they are prevented from leaving their temporary hotel accommodation after completing mandatory quarantine periods.

A large group of Afghans staying at a London Heathrow hotel were warned to avoid going outside unless escorted by security guards and only for a maximum 20-minute walk for exercise.

Bahram, a 35-year-old former Afghan public sector worker, is staying at the Heathrow hotel and was meant to be provided with accommodation when his quarantine period ended last week. But his family, including four children, have not been allowed outside except for walks.

He said: “Our children are depressed and frustrated and we don’t know what’s going on.

“We don’t have any accommodation to go to and the procedure is not fair. People who came to the hotel after us were transferred before us.”

But a security source at the hotel said: “If someone wants to go out and buy a cigarette we will not allow it. They can exercise for fresh air and call us any time.”

The UK Department of Health and Social Care has sent a communications letter to Afghans in the hotel saying that they would be transported “out of quarantine” and could also leave if they had other housing.

A spokesperson for the hotel said that managers had chosen to follow government guidelines regarding the Afghan refugees.

“It includes rules on exercise breaks away from rooms. The safety and wellbeing of guests and employees is always our first priority,” they said.