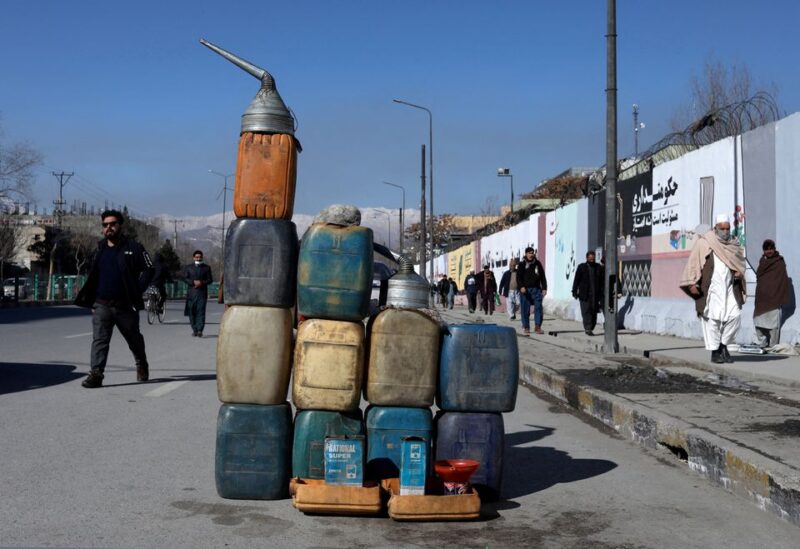 Cans containing gasoline are kept for sale on a road in Kabul, Afghanistan, January 27, 2022. REUTERS

The Taliban have struck a tentative agreement with Russia to provide Afghanistan with gasoline, diesel, gas, and wheat, according to Acting Afghan Commerce and Industry Minister Haji Nooruddin Azizi.

Azizi stated that his ministry was attempting to diversify its trading relationships and that Russia has provided the Taliban regime a discount on global commodity prices on average.

The measure, the first significant foreign economic agreement reached by the Taliban since they retook power more than a year ago, might assist to alleviate the Islamist movement’s isolation, which has virtually shut it off from the world banking system.

No country formally recognizes the group, which fought a 20-year insurgency against Western forces and their local Afghan allies before sweeping into Kabul as U.S. troops withdrew.

Western diplomats have said the group needs to change its course on human rights, particularly those of women, and prove it has cut ties with international militant groups in order to gain formal recognition.

Russia does not officially recognize the Taliban’s government, but Moscow hosted leaders of the movement in the run-up to the fall of Kabul and its embassy is one of only a handful to remain open in the Afghan capital.