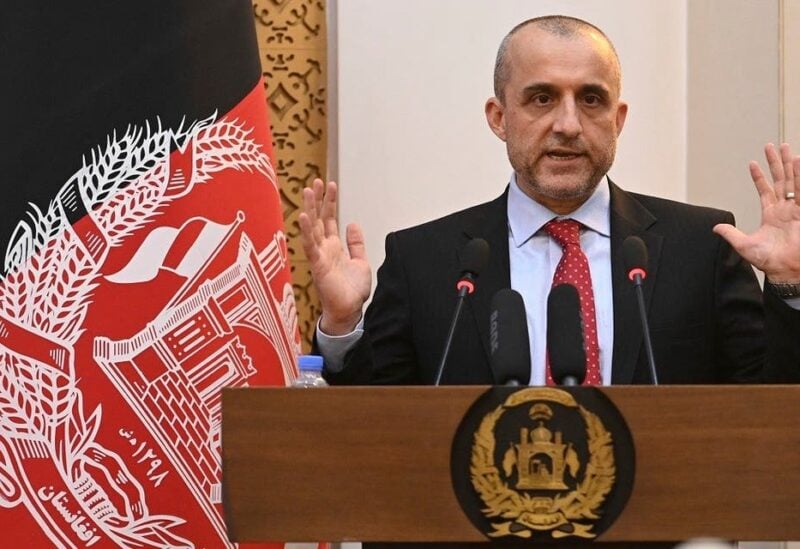 Vice President of Afghanistan Amrullah Saleh speaks during a function at the Afghan presidential palace in Kabul on August 4, 2021. (Sajjad Hussain/AFP)

Afghan First Vice President Amrullah Saleh said on Tuesday he was in Afghanistan and the “legitimate caretaker president” after President Ashraf Ghani fled the country as the Taliban took the capital Kabul.

Saleh told a security meeting chaired by Ghani last week that he was proud of the armed forces and the government would do all it could to strengthen resistance to the Taliban.

But the country fell to the Taliban in days, rather than the months foreseen by US intelligence.

In a series of tweets on Tuesday, Saleh said that it was “futile” to argue with US President Joe Biden, who has decided to pull out US forces.

He called on Afghans to show that Afghanistan “isn’t Vietnam & the Talibs aren’t even remotely like Vietcong.”

A video of desperate Afghans trying to clamber on to a US military plane as it was about to take off bore evoked a photograph in 1975 of people trying to get on a helicopter on a roof in Saigon during the withdrawal from Vietnam.

Saleh said that unlike the United States and NATO “we haven’t lost spirit & see enormous opportunities ahead. Useless caveats are finished JOIN THE RESISTANCE.”

Saleh, whose whereabouts were unknown, said that he would never “under no circumstances bow” to “the Talib terrorists.”

He said he would “never betray” Ahmad Shah Massoud, the leader of the Northern Alliance who was assassinated by two al-Qaeda operatives just before the Sept. 11, 2001, attacks on the United States.