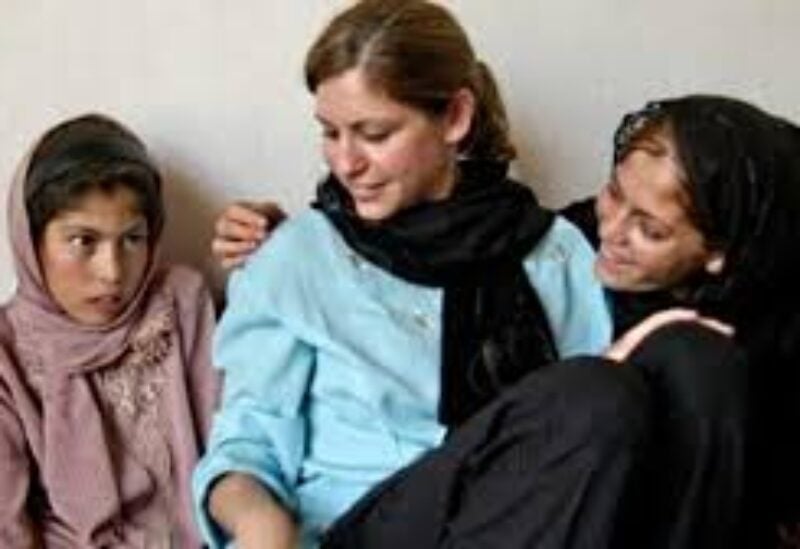 Major offensives were launched into new territory in northern and western provinces of Afghanistan, emboldened by the withdrawal of US and Nato troops. Afghan forces have kept control of provincial capitals, but the insurgents have made gains in surrounding districts.

As a result, Afghans in villages and towns are waking up to find themselves under Taliban rule.

“It has been about 20 days since they took control of our district. They announced during Friday prayers that the men should have beards and the women can’t go out of their homes without a mahram [a male guardian],” she told The National.

The Taliban distributed leaflets with these and other rules, including bans on playing music, selling imported meat, charging interest on loans, gambling, consuming alcohol or drugs and missing daily prayers. They are encouraging people to report anyone committing these “crimes”.

The Taliban takeover cost Maryam her job at a private company.

“I haven’t been able to go to work, because they won’t let my employer continue to hire me,” she said. “I haven’t been out of home this whole time, because I don’t have a mahram. My father is very old and unwell and I support the family.”

The Taliban imposed a strict interpretation of Sharia on Afghanistan after seizing power in 1996. It continued to enforce its rules, aimed at women in particular, in areas where the terrorists retained control after being toppled by a US-led invasion in 2001.

Taliban fighters in Maryam’s town insist that women wear a full body covering. “We are Muslims and already wear the hijab as specified in Islam. But what they want us to wear is a burqa,” she said, referring to the traditional garment worn in certain parts of the country that includes a face veil.

Maryam said an acquaintance was recently stopped by the Taliban because her hair was visible through her burqa.

“She was at the pharmacy outside the hospital getting treatment for her son, when a Taliban fighter pulled her burqa from the back and questioned her about her visible hair. They then chopped off her hair as punishment. She was humiliated publicly.”

Maryam said women were being married forcibly to Taliban fighters, citing the case of a village elder from a neighbouring district. The Taliban wanted him to give his young daughter to one of their members. “When he tried to resist, saying she was too young, they told him she would ‘mature after marriage’,” she said. “He escaped with his daughter to our village that very night.”

Heather Barr, co-director of the women’s rights division at Human Rights Watch, said she was not surprised at these developments, despite assurances from the Taliban as it began peace talks with the government last September in the Qatari capital city of Doha.

“There was a period from about 2013 when some US so-called experts were trying very hard to argue that the Taliban had changed and reformed, as a way to suggest that the US wasn’t really losing the war. But people paying attention to women’s rights always knew better,” she said.

“Any changes in the Taliban’s views on women’s rights have been tiny, incremental, and often changes in rhetoric related to strategy in Doha, not changes in practice.”

A recent article on the Taliban’s website says they seek women’s rights as understood by Islam. However, the group’s interpretation of Islam is questioned by many religious scholars and women leaders.

The article says it would permit women to work “where she can serve her society in the education, business, health and social fields while maintaining the correct Islamic hijab”. But women such as Maryam are forbidden from working under the Taliban rule.

“At this moment, as the Taliban flex their muscles and feel triumphant, they seem more determined than ever to show women who is the boss and that reforms women fought so hard for over the past 20 years are done,” Ms Barr said.

The Taliban’s policies do not spare children.

Mohammad, a resident of Kandahar province, said the Taliban in his district had forbidden girls from going to school.

Before the Taliban takeover, “there were some social restrictions but girls were allowed to study at the local madrassas [religious schools], but the Taliban have stopped that too”, Mohammad, 34, told The National.

The Taliban are also forcibly recruiting children to fight, he said.