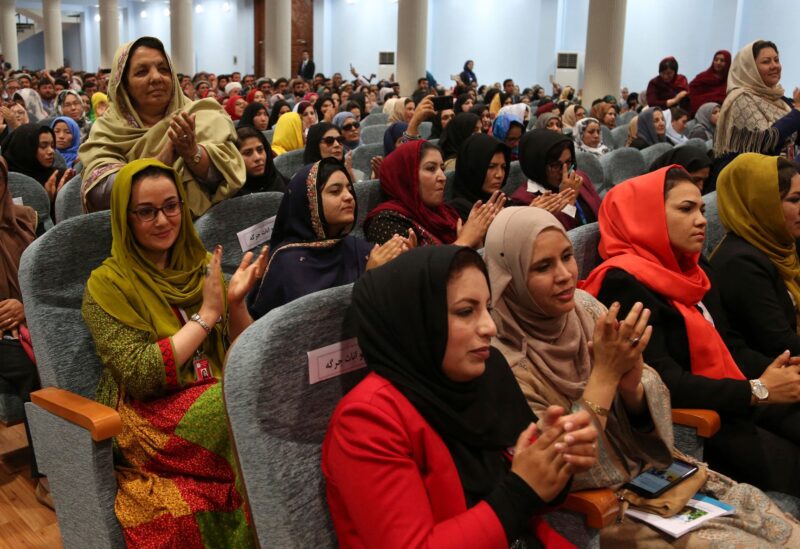 Women’s rights campaigners said on Sunday that if the Taliban do not restore girls’ secondary schools within a week, they will launch a wave of protests across Afghanistan.

Thousands of secondary school girls returned to class on Wednesday as hardline Islamists reopened their schools for the first time since seizing power in August.

At a news conference in Kabul, activist Halima Nasari read from a statement made by four women’s rights organizations, “We call on the leaders of the Islamic Emirate to open girls’ schools within one week.”

“If the girls’ schools remain closed after a week, we will open them ourselves and hold demonstrations around the country until our demands are granted,” said the group.

The Taliban should create additional schools for females in the country’s remote rural areas instead of closing down existing ones, according to the statement, which comes after many high-profile women’s campaigners were jailed in recent months.

“Such oppression can no longer be tolerated by the people.” It stated, “We will not accept any justification from the authorities.”

About two dozen schoolgirls and women organized a protest in Kabul on Saturday, demanding that the schools be reopened.

Although the education ministry has not offered a specific reason for the policy change, senior Taliban leader Suhail Shaheel told AFP that some “practical concerns” needed to be rectified before the schools could reopen.

The Taliban have rolled back two decades of gains gained by the country’s women, who have been forced out of many government jobs, forbidden from traveling alone, and forced to dress according to a rigid reading of the Koran since regaining control.

The Taliban promised a more moderate version of the harsh Islamist rule that defined their first term in power, which lasted from 1996 to 2001.

However, various limits have been placed, if not at the national level, then at the discretion of regional officials.

Initially, some Afghan women defied the Taliban’s restrictions by staging modest protests demanding the right to school and work.

The Taliban, on the other hand, quickly apprehended the ringleaders and held them incommunicado while denying that they had been detained.

The majority of them have gone silent since their release.