Afghans face Eid reflecting on tragedy and fearing for future 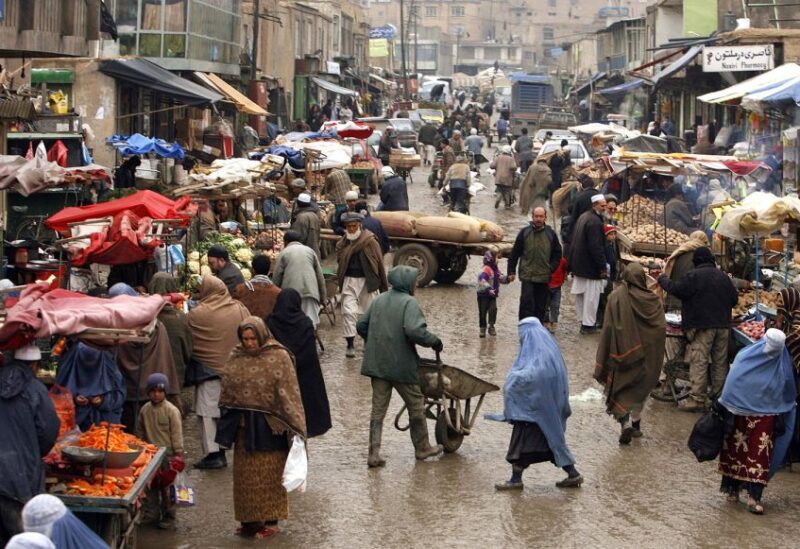 Many Afghans have approached the coming of Eid Al Fitr with sombre and heavy hearts, after record levels of violence that has shocked a society already used to conflict.

Last week, a school was bombed in the capital Kabul, killing 80 people, most of them girls.

“This Ramadan was very different than all other Ramadans,” said Farida Sangari, 21, a saleswoman in Kabul and member of the national martial arts team.

“It involved a lot more bloodshed than previous years.”

The growing violence in Afghanistan has come very close to home for Ms Sangari.

As a resident of Dasht-e-Barchi, in recent months she’s witnessed the effects of several attacks in her neighbourhood, in which lives the persecuted Shiite Hazara minority.

The latest of these was Saturday’s suspected ISIS car bomb attack outside the Sayyed Al Shuhada school.

“It has been a heartbreaking month, more so for girls of this country, and particularly the girls of Dasht-e-Barchi,” Ms Sangari said.

“Our family has been traumatised and mentally exhausted. Every day I leave home, I pray for the safe return of myself and my family members.

“But we try to not surrender to these fears. We have been suffering a lot and I am hoping that God will listen to our prayers.”

Her sentiment was echoed by Khan Mohammad, 23, a soldier with the Afghan National Army in Logar province.

“This was one of the most horrible Ramadans for us,” Mr Mohammad told The National. “We were constantly fighting insurgents.

“But the Taliban has made it all about torturing and killing their Muslim brothers and sisters.”

He said he lost a close friend, in recent battles.

“It took us days to get his body back from the Taliban,” Mr Mohammad said. “He leaves behind two little kids. I can’t even think how they would feel without their dad this Eid.”

“As a mother and woman, I worry we are losing the young generation of this country to war, especially during a month of forgiveness and self-reflection,” Ms Sidiqi said.

As well as the school bombing, a car bomb in Logar killed nearly 30 civilians, mostly students who were breaking their fast.

A special investigation team set up by Afghanistan’s Independent Human Rights Commission, on Sunday said it documented an increase in civilian casualties during the initial weeks of Ramadan.

A group of Afghan civil rights activists took this call for a longer ceasefire online, on a social media campaign with the hashtag #AfghansWantPermanentCeasefire, demanding that the Taliban resume the much-delayed peace talks and end the violence.

But despite months of efforts, the Taliban halted the planned intra-Afghan talks that were scheduled for last month in Turkey.

Meanwhile, they have increased violence even as the US administration is withdrawing foreign troops, in line with their agreement with the Taliban last year.

The repeated failures in the peace efforts with the Taliban have left many, including Mr Abdul Aziz, very anguished.

“As Muslims, we are obliged to accept each other. Then why can’t we get along?” he asked.

He answered the question with a text from the Quran: “O mankind! We created you from a single (pair) of a male and a female, and made you into nations and tribes, that ye may know each other (not that ye may despise (each other).

“Verily the most honoured of you in the sight of Allah is (he who is) the most righteous of you. And Allah has full knowledge and is well acquainted (with all things).”

For now, though, Mr Abdul Aziz finds solace in his prayers that he will keep offering for every departed soul.

“But my heart cries with every prayer I say,” he said.