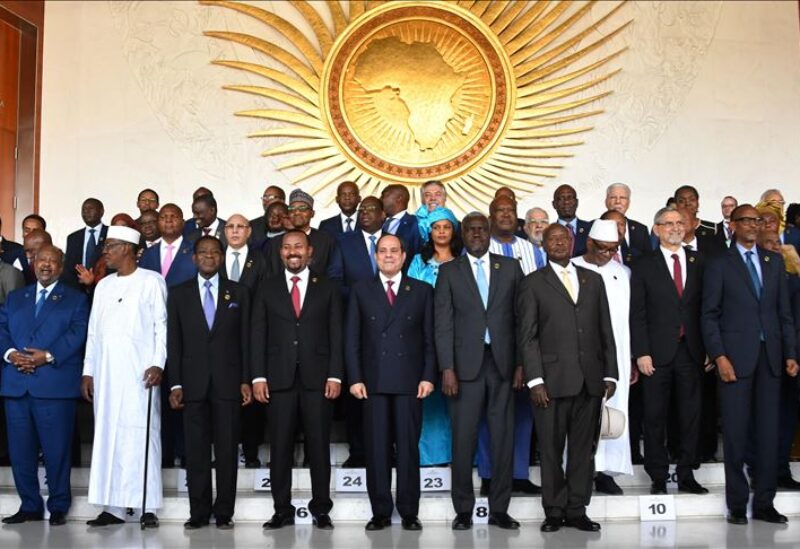 Demanding that the continental body receive a permanent seat on the UN Security Council, the first African Union (AU) summit in two years got underway on Saturday

The AU, which was formed 20 years ago to foster better cooperation across the continent, is meeting over two days in the Ethiopian capital, Addis Ababa, to discuss recent coups and attempted power grabs. Also under discussion are the coronavirus pandemic, Islamist militancy, climate change, and ongoing conflicts, such as the one occurring in Ethiopia’s Tigray region.
In his opening remarks, Ethiopian Prime Minister Abiy Ahmed also called for the African Union to be given a more significant voice at the UN’s international peace and security organization. Abiy, who won the Nobel Peace Prize in 2019 before escalating an armed conflict with Tigray rebels in 2020, serves as the host of the summit.

“Today, more than seven decades after the creation of the United Nations, Africa remains a junior partner without a meaningful input or role within the system of international governance,” Abiy said at the outset of the pandemic-delayed talks.

The United States, Russia, China, Britain and France all have permanent seats on the Security Council, meaning that they can veto any drafted resolution.
Ethiopia’s conflict between Tigray rebels and Abiy’s forces was also high up the agenda for most nations in attendance. The war that began in November 2020 has drawn in outside involvement, created a dire humanitarian situation and threatened stability across the region.

In a video address, UN Secretary General Antonio Guterres renewed his plea for a ceasefire in Ethiopia. He also called for the warring parties to allow access for humanitarian aid.

Another major concern was an outbreak of coups that have struck governments in Africa, including Burkina Faso, Chad, Sudan and Guinea. A coup was attempted in Guinea Bissau this week but ultimately failed.