After COVID surge, some signs of internal dissent against India’s Modi 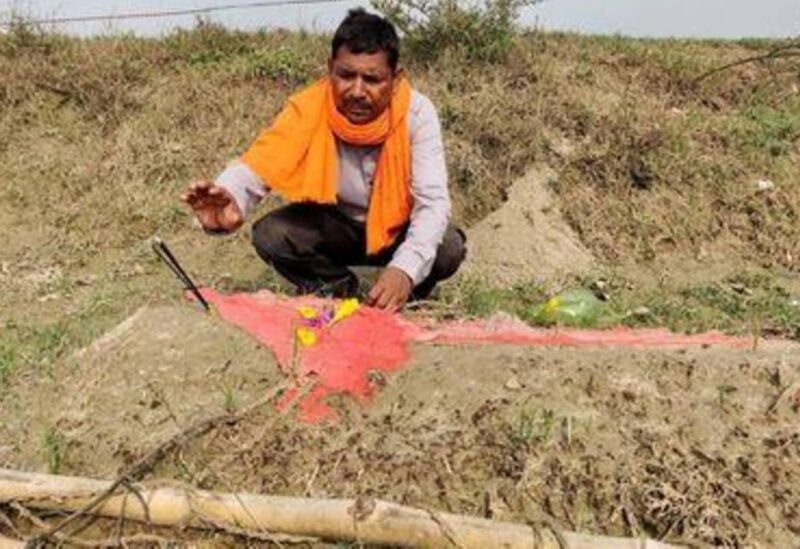 When his wife developed coronavirus and died at home due to a lack of medical care, Govind Pasi, a grassroots member of India’s Bharatiya Janata Party (BJP), claims he received no aid from his connections in the ruling party.

He now claims to be finished with the party that has dominated India since 2014, as well as Prime Minister Narendra Modi.

“I’m heartbroken because no one came to our rescue when we needed it the most,” Pasi, 45, said in Balai village, Uttar Pradesh. Hundreds of victims have washed up on the banks of the Ganges river, suspected to have perished of COVID-19.

The BJP’s district vice president, Anand Awasthi, claimed he was aware of Pasi’s wife’s death and that the party was working to get him monetary compensation. He stated there was some confusion over her death, including whether or not a government database determined she had COVID, but he didn’t have any specifics.

Pasi is one of more than a dozen BJP members on the ground and in middle management who told Reuters they are dissatisfied with the government’s response to the coronavirus outbreak that has ravaged India. In addition, six state MPs in Uttar Pradesh have written letters to Reuters denouncing the government for failing to respond to frantic calls for help from their citizens.

Because of the “failures in providing basic medical treatment, mixed messaging on lockdowns, terrible medical oxygen cylinder shortages, and evident lack of prioritization,” a high-profile national level BJP leader in New Delhi stated he was taking a sabbatical.

He spoke on the condition of anonymity because he was afraid of repercussions for defying the rules.

The BJP is a massive organization with 150 million members, and Reuters was unable to ascertain how widespread the unhappiness is. However, it is unusual for members of the party to speak out against Modi, who has dominated Indian politics during his seven years in power and has unquestionably controlled the BJP.

The BJP headquarters and the prime minister’s office did not respond to requests for comment.

Kailash Vijayvargiya, a senior BJP leader who is one of its nine general secretaries, told Reuters he had no knowledge of any unhappiness or dissent within the party.

“The pandemic was tough for everyone and we know some of our workers also lost their loved ones,” he said. “At so many levels we have helped each other and there were times when we could not because the situation has been very difficult.”

Modi, a Hindu nationalist who gets wide support in the country’s majority community, has faced criticism before, including for a shock demonetization that threw the economy into disarray and haphazard tax reform. But the shortage of hospital beds and medical oxygen in the COVID crisis and the country’s stuttering vaccination programme have battered his reputation for action and competence, analysts and opposition leaders say.

Analysts say public anger over the handling of the pandemic coupled with even some disaffection in the party rank-and-file could hurt the BJP when it faces its next political test – an election early next year in politically crucial Uttar Pradesh, India’s most populous state and currently ruled by the BJP.

The party’s formidably successful election machine rests on a volunteer army of people like Pasi, grassroots workers in the countryside who know voters intimately, make sure they come out to vote and manage the election at the booth level.

Suhas Palshikar, a columnist and former professor of political science who has written extensively about the BJP, said unhappiness among these people could be critical.

“This will surely mean less voter mobilization in favor of BJP and therefore a crisis in constituencies that are borderline in terms of margin of victory/defeat,” he said. However, he added that the Uttar Pradesh election was still six months away, which was “a long time in politics”.

Analysts say that a poor showing in Uttar Pradesh would be a big setback for the BJP, and that it could have repercussions in the next general election, which isn’t scheduled until 2024.

Modi’s support ratings have dropped to a historic low, according to two opinion polls released last month. His approval ratings, however, continue to be significantly higher than those of the primary opponents.

According to pundits, the opposition’s lack of unity would be a benefit for Modi in any election. Some smaller political parties have stated that they must work together to defeat Modi, while the main opposition Congress party has remained silent on the subject.

Meanwhile, the government has launched efforts to win back public support. As the wave of COVID infections tapered this month, Modi appeared on national television to spell out how he will tackle the pandemic and aides have launched a publicity offensive on the number of vaccinations carried out.

It was too soon to judge whether the initiatives had subdued public outrage over the government’s handling of the issue.

However, Om Gaur, the national editor of the independent Dainik Bhaskar, one of India’s best-selling newspapers, said ground reports from 12 of the country’s 28 states indicated the BJP had been severely harmed by the pandemic’s handling and that “the PM has never had such a difficult moment in the past seven years.”

“Policy failure has enraged even Modi’s most ardent fans; they continue to support his religious and nationalist ideals, but they have questions about his ability to manage the crisis,” he said.

Another BJP general secretary, Muralidhar Rao, said he was unaware of any anti-Modi sentiment “whether within the party or among voters.”

“Whatever happens in the future elections, that cannot and should not be debated right now; the important agenda is to vaccinate the entire eligible population.”