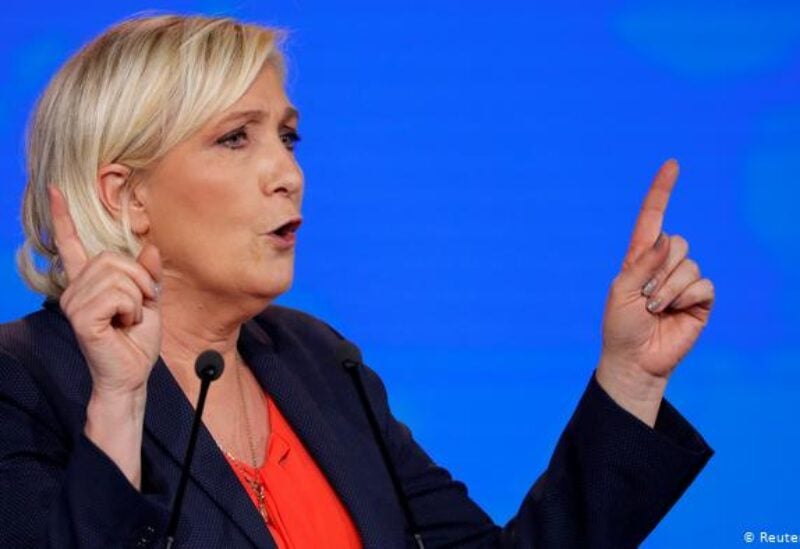 After her far-right party accused her campaign spokesman of political espionage and suspended him, Marine Le Pen, whose bid for the the French presidency was already in difficulty after a wave of defections, suffered a further blow.

In a memo sent to senior party officials, the Rassemblement National alleged Nicolas Bay, an erstwhile Le Pen loyalist and former secretary general of the party, had handed “strategic and confidential” campaign details to far-right rival Eric Zemmour.
“This perfectly immoral behaviour amounts to sabotage,” the party wrote in the memo, which was later distributed to media. “This duplicity is unworthy of the trust placed in him by the candidate, party members and party voters.”
Zemmour, a talkshow star who has made a career out of pushing the bounds of political correctness with his nationalist rhetoric, is competing with Le Pen for votes among the far-right and staunch conservatives.

Polls show he has eaten into the voter base of both Le Pen and mainstream conservative contender Valerie Pecresse.

Bay, a European Parliament lawmaker, described the allegation as preposterous. “How could I have been in possession of, and passed on, so-called ‘strategic information’ without being a part of the campaign leadership at any time,” Bay said on Twitter.

He said he had been shut out from the Rassemblement National an hour after its executive committee had met on his request to discuss the “crisis” the party was facing up against Zemmour.

In recent weeks, Le Pen, who is making her third run for the Elysee Palace, has seen her only senator and her top European lawmaker, among others, defect to Zemmour’s campaign. Her niece Marion Marechal, a popular figure among far-right supporters, has also called Zemmour the better candidate.
Zemmour is now polling neck-and-neck with Pecresse and closing the gap on Le Pen for a place in April’s second-round run-off, with President Emmanuel Macron – who has yet to formally declare his candidacy – the frontrunner, voter surveys show. wions