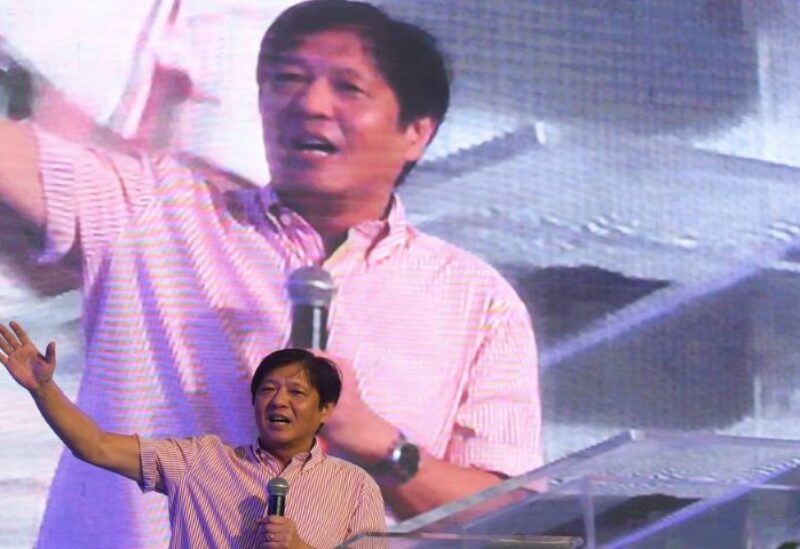 After President Rodrigo Duterte’s popular daughter decided not to run for the country’s top job, the son of late Philippines strongman Ferdinand Marcos has emerged as the person to beat in the 2022 presidential race.

Ferdinand Marcos Jr. most likely benefited the most from Davao City Mayor Sara Duterte-decision Carpio’s to run for vice president, despite leading polls for preferred presidential candidates all year.

“Without the popular Duterte-Carpio in the presidential race, Marcos is the frontrunner, with 60 percent odds of victory, though there is a long road ahead,” the Eurasia Group consultancy said late Monday, after nominations closed.

While Marcos’ candidacy has enraged victims of his father’s brutal martial law regime, a survey conducted in October by the Social Weather Station (SWS) revealed that he could easily defeat his opponents, including boxing legend Manny Pacquiao.

Of the six key candidates confirmed to run for president at the time of the poll, 47 percent of the 1,200 people polled by SWS said they would vote for Marcos, 64, also known as “Bongbong” or “BBM.”

” The only explanation is that he got pro-Sara voters. “There is a strong affinity between BBM voters and Sara voters,” political analyst Temario Rivera said.

The election to select Duterte’s successor will take place in May of next year. He is not eligible to run for president again after his single six-year term, but he will run for a Senate seat.

Marcos is the only son of the late dictator Ferdinand Marcos, who ruled the Philippines for nearly two decades until his overthrow in 1986. He has stated that he would like Duterte-Carpio to be his running mate, but she has yet to accept.

Marcos’ family is one of the country’s most well-known dynasties, and despite its fall from grace, it has maintained extensive and powerful connections.

The dictator, Ferdinand Marcos, died in exile in 1989, after fleeing the country following the “people power” revolution. Marcos junior has been elected governor, congressman, and senator since the family’s return. His sister is a senator and a former governor, and his mother, Imelda Marcos, served four terms in Congress.

“In a country where political memories are short and forgiveness is plentiful, this is definitely working in favor of the Marcoses,” said Richard Heydarian, a political author, columnist, and academic.

Political analysts also point to Marcos’ strong social media presence, which is aimed at targeting the youth, who account for one-third of eligible voters. Many of them were not born during Marcos senior’s reign.

Marcos is also facing a disqualification case based on a tax evasion conviction from two decades ago, which Eurasia said Duterte could “weaponize if he turns against his ally.”

According to Eurasia, the race could also narrow if Marcos’s opponents unite behind a single “stop-Marcos” candidate.