After North Korea cuts ties, Malaysia orders its diplomats out 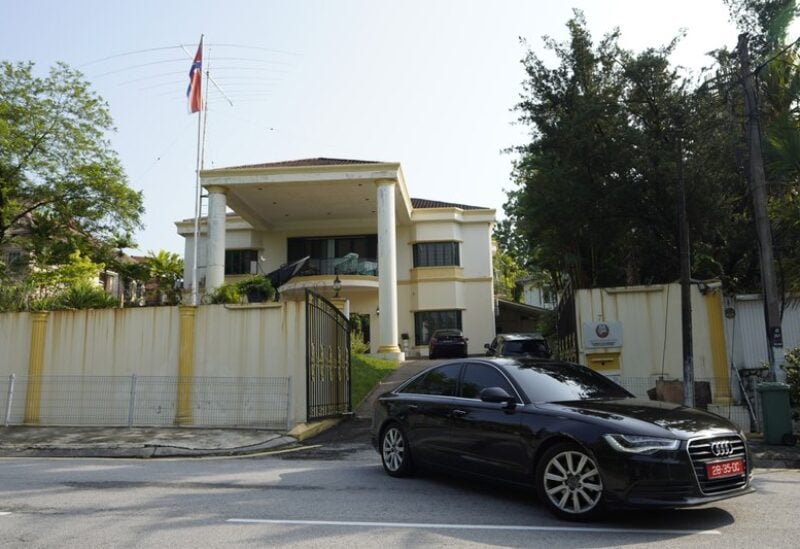 SEOUL, South Korea: Malaysia said Friday it’ll order all North Korean diplomats to leave the country within 48 hours, in an escalation of diplomat brawl over Malaysia’s decision to extradite a North Korean criminal suspect to the United States.

Malaysia’s announcement came hours after North Korea said it was terminating diplomatic ties with Malaysia because it committed a “super-large hostile act … in subservience to the U.S. pressure.” North Korea called the money laundering charges an “absurd fabrication and (a) sheer plot” orchestrated by the United States and warned Washington will “pay a due price.”

It’s the latest development in growing animosity between Washington and Pyongyang as the North ramps up pressure on the Biden administration over a nuclear standoff.

The Malaysian ministry said in a statement the government “will issue an order for all the diplomatic staff and their dependents at the Embassy of the (North Korea) in Kuala Lumpur to leave Malaysia within 48 hours from today.”

It added that Malaysia was now compelled by North Korea’s decision to close its own embassy in Pyongyang. Observers believe no Malaysian diplomat is currently in North Korea and the embassy’s operations were suspended in 2017.

Ties between North Korea and Malaysia have been virtually frozen since the slaying that year of the estranged half brother of North Korean leader Kim Jong Un at Kuala Lumpur International Airport.

“Yes, we will be shutting down. We are now discussing the plans with our staff here and liaising with our government,” Kim was quoted as saying by the New Straits Times.

North Korea has long used Malaysia as a crucial economic hub where it handled trade, labor exports and some illicit businesses in Southeast Asia. Experts say North Korea is taking a tough stance over the extradition because it sees it as a pressure tactic against the North.

“North Korea is taking a hard line because it thinks it must not back down (over the extradition) as it’ll then have a war of nerves with the Biden government in the next four years,” said Nam Sung-wook, a professor at South Korea’s Korea University.

Threatening to cut ties with Malaysia was one of the North’s strongest options to express its anger with the Biden administration without jeopardizing an eventual return to nuclear negotiations with Washington, said Hong Min, a senior analyst at Seoul’s Korea Institute for National Unification.

North Korea has insisted it won’t engage in talks with Washington unless it abandons what Pyongyang’s perceives as a “hostile” policy. But experts say North Korea will eventually seek to return to diplomacy to find ways to get sanctions relief and revive its moribund economy.

Earlier this month, Malaysia’s top court ruled North Korean Mun Chol Myong could be extradited, rejecting his assertion the U.S. charge was politically motivated. Mun had lived in Malaysia for a decade and was arrested in May 2019 after U.S. authorities requested his extradition.

In his affidavit, Mun denied U.S. accusations that he was involved in supplying luxury goods from Singapore to North Korea in violation of U.N. sanctions. He denied that he had laundered funds through front companies and that he issued fraudulent documents to support illicit shipments to his country.

After that ruling, Mun’s family hired a lawyer to challenge the legality of the extradition. Lawyer Emile Ezra said the new legal bid centered on Mun’s right to a fair hearing after the court refused to accept his affidavit, and also an injunction to stop his extradition.

The North Korean statement said Mun has been sent to the United States. Ezra said police haven’t replied to his query and that he cannot confirm if Mun was still in Malaysia. He said he was informed by the prison on Wednesday that Mun was surrendered to police custody.

North Korea and Malaysia established diplomatic ties in 1973, but their relations suffered major setbacks over the 2017 killing of Kim Jong Nam.

Two women — one Indonesian and the other Vietnamese — were charged with colluding with four North Koreans to murder Kim Jong Nam by smearing his face with VX nerve agent. The four North Koreans fled Malaysia the day Kim died. The women were later released.

Malaysian officials never officially accused North Korea of involvement in Kim’s death, but prosecutors made it clear throughout the trial that they suspected a North Korean connection. North Korea denied the victim was Kim Jong Nam and disputed it had any role in the man’s death.

South Korea’s spy service said North Korea had for several years tried to kill Kim Jong Nam, though he once sent a letter to Kim Jong Un begging for the lives of himself and his family members after an assassination attempt. Longtime North Korea watchers believe Kim Jong Un ordered his brother’s killing as part of efforts to remove potential rivals and cement his grip on power.

Amid an earlier diplomatic tit-for-tat, Malaysia scrapped visa-free entry for North Koreans and expelled the North’s ambassador before North Korea banned all Malaysians from exiting the country.