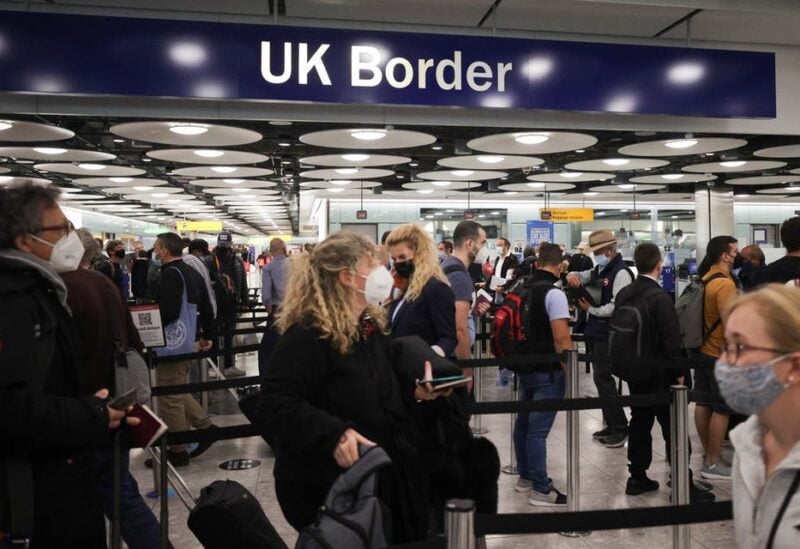 Passengers at British airports were warned of delays after passport control staff walked out on Friday on the first day of a strike due to last until New Year, though London’s Heathrow and Gatwick reported no major disruptions.

The Public and Commercial Services Union said more than 1,000 Border Force staff, who are employed by the government, were expecting to strike.

They are following nurses, paramedics, and workers in the rail and postal sectors in the biggest wave of industrial action over pay and conditions in Britain for decades.

The union said its Border Force members had been offered a 2% pay rise, far below inflation that stood at 10.7% in November.

Border Force apologized for any disruption for travelers entering Britain and said it was working with partners across the travel industry to support the inflow of passengers and goods.

“During the periods of industrial action, travelers should be prepared for disruption,” chief operating officer Steve Dann said.

“Immigration halls are free flowing … with Border Force and the military contingency providing a good service,” a spokesperson said.

Gatwick, Britain’s second busiest, said passengers should expect longer wait times at passport control between Friday and the end of the year.

“We … anticipate some disruption, but flights are operating normally, arrivals and departures, and we expect that to continue,” Adam Jones, head of passenger operations, told Sky News.

Ahead of the strike action, which is scheduled to run up to Dec. 31 excluding Dec. 27, the government said it was training members of the armed forces and government officials to help staff passport controls at airports and ports.