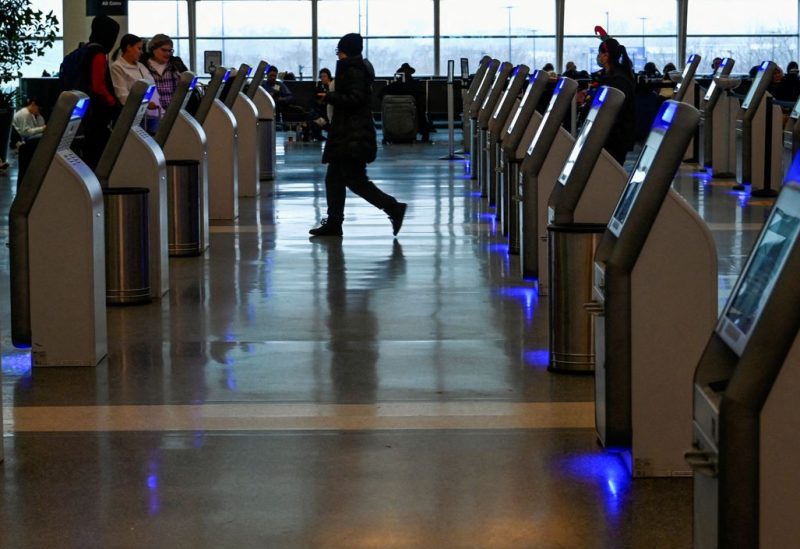 Passengers arrive for their flight on Southwest Airlines as flight cancellations mount during a cold weather front as a weather phenomenon known as a bomb cyclone hits the Upper Midwest, at Midway International Airport in Chicago, Illinois, U.S., December 22, 2022. REUTERS/Matt Marton/File Photo

More than 5,700 American flights were canceled by airlines as severe winter storms disrupted airport operations across the country and aggravated tens of thousands of Christmas visitors.

According to the airline tracking website FlightAware, almost 1,000 flights have already been canceled for Saturday, following nearly 2,700 canceled flights on Thursday.

Highways in the Midwest faced lengthy delays because of snowy weather or crashes and authorities in parts of Indiana, Michigan, New York and Ohio urged motorists to avoid nonessential travel.

The Federal Aviation Administration (FAA) imposed ground stops or delays for de-icing at a number of U.S. airports because of winter weather.

Southwest canceled 1,238 flights on Friday, 29% of all its scheduled flights, while Alaska Airlines canceled 507, or 64%, of its flights.

Seattle-Tacoma International Airport had 357 flights, or 63% of departures, canceled Friday. The FAA lifted a ground stop there due to snow and ice but late Friday delays were still averaging nearly three hours.

Nearly half of departing flights at Detroit Metro were canceled, along with 70% at Portland, 38% at New York’s LaGuardia, 29% at Chicago O’Hare and 27% at Boston.