Al Maliki: Sanaa airport has become a launching base for ballistic missiles towards Saudi Arabia 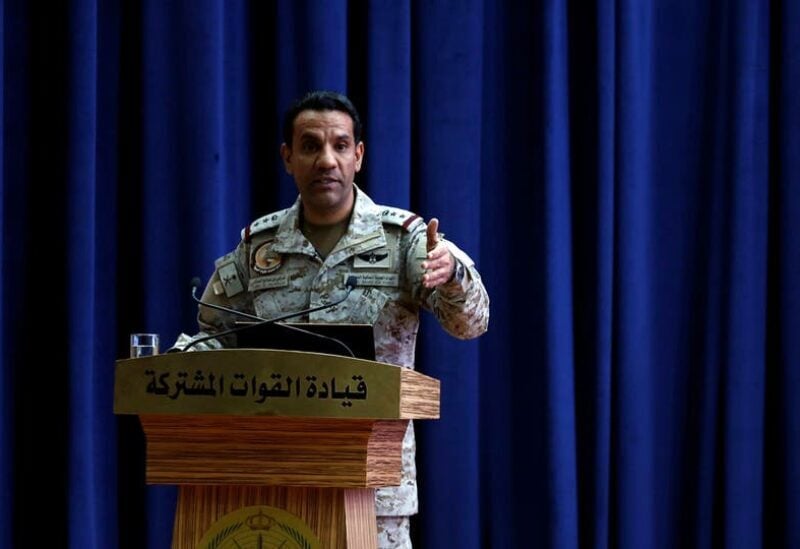 The Arab coalition forces to support legitimacy in Yemen confirmed, on Sunday, that Sanaa airport has become a military point for the launch of ballistic missiles by the Houthis against the Kingdom of Saudi Arabia.

The spokesman for the coalition, Brigadier Turki Al-Maliki, added: “There is an escalation by the Houthi militia against the Kingdom, and the Houthis are following a systematic method to target civilian objects,” according to the official Saudi Al-Akhbariya channel on its Twitter account, and Al-Maliki stressed that “Sanaa airport has become a military point for launching ballistic missiles. He also warned that “Houthi violations have affected the work of relief organizations.”

The Houthi militia continues its attacks with missiles and drones against Saudi Arabia, and the coalition announced, on Saturday, that it had intercepted and destroyed a ballistic missile launched by the Houthi militia towards Riyadh, as well as 5 drones.

In addition, a ballistic missile launched by the Houthi militia was intercepted and destroyed “in a systematic and deliberate manner to target civilian objects in the southern region” of Saudi Arabia, according to what was reported by the official news agency (WAS)

Brigadier General Al-Maliki stressed, on Friday, that “the Joint Forces Command of the Coalition is taking the necessary measures to neutralize and destroy the specific capabilities of the terrorist militia. To protect civilians and civilian objects, in accordance with international humanitarian law and its customary rules

At that time, the Houthi-affiliated Al-Masirah TV reported, through its Twitter account, that 7 raids targeted the “Rayma Hamid” area in the Sanhan District, while one strike affected Sana’a Airport