Alarmed by suicide attack, China and Pakistan work together on probe 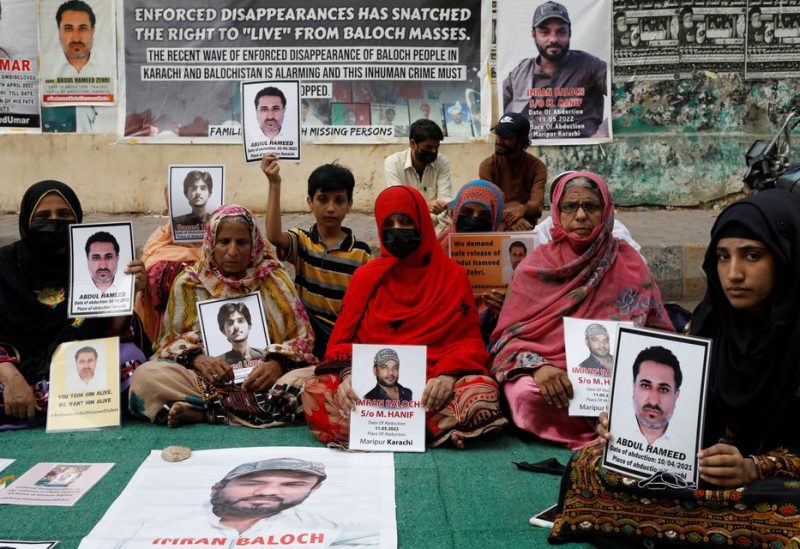 Family members of missing or disappeared persons of the Baloch people hold portraits of their loved ones during a protest in Karachi, Pakistan July 1, 2022. REUTERS

Three Chinese professors and their local driver were slain by a highly educated female suicide bomber in Karachi in April. She targeted citizens of Pakistan’s key ally and sought to sour a relationship on which Islamabad’s financial survival mainly relied.

The setback put at risk a significant portion of Beijing’s Belt and Road infrastructure program, a $65 billion system of ports, pipelines, and highways in Pakistan that will link China to the Arabian Sea and support Islamabad’s economic growth and modernization.

Separatists from the vast, impoverished Pakistani province of Balochistan claimed responsibility for the attack after a young, educated mother from a well-to-do family blew herself up in an assault captured on CCTV and broadcast on local news channels.

In a video on social media, the separatists warned China to leave Pakistan or face further carnage.

Even though months have passed since the attack, Pakistani authorities remain deeply worried.

The Baloch National Army (BLA), the banned group that issued the video, is part of a decades-old insurgency that usually targets Pakistani security forces.

But in recent years the BLA has attacked Chinese nationals, because, it says, Beijing has ignored warnings not to enter deals and agreements regarding Balochistan.

China is involved in major mining and infrastructure projects in the resource-rich province, including the deep-water Gwadar port, all part of the China-Pakistan Economic Corridor (CPEC).

The video opens with a masked gunman speaking to China. President of China, you still have time to leave Balochistan, or else you will be removed from Balochistan in a way that you will never forget, he adds in English.

Shortly after, 30-year-old schoolteacher Shari Hayat Baloch is captured on camera strolling through a park with her small children and then turning to face the camera while wearing combat fatigues.

The 30-year-old Baloch separatist warrior expresses gratitude to her fellow fighters for providing her the “chance” to become the movement’s first female suicide bomber while maintaining composure.